A War Memorial amongst the Lavender Fields in the Vaucluse 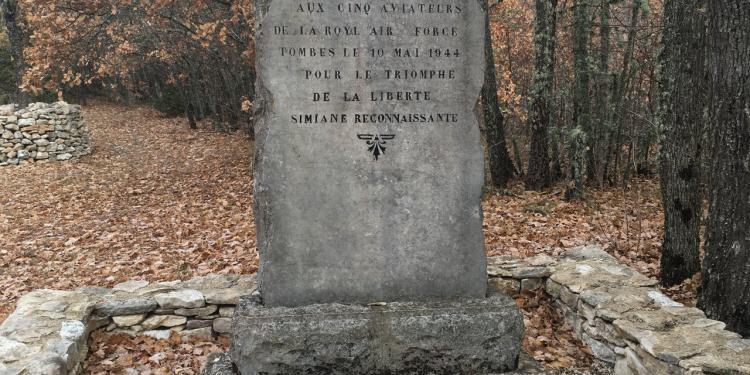 Back in the Summer we spent some time exploring the pretty village of Simiane-La-Rotonde, a few miles away from us in the neighbouring Department of Alpes de Haute Provence. Whilst we were there we noticed the names of five (5) English Airmen had been added to the local War Memorial and set out to find out what had led them to being recognised alongside the names of local young men who had also perished in the War.

…Continue reading here to learn about the Resistance group known as ‘les Abatteur’ (Slaughterman) and a weapons drop scheduled for May 10th 1944. In Julie’s post, she describes their visit to this World War II memorial in what is still a relatively remote part of the Vaucluse.

Jean Moulin, was the Resistance Leader Brave or Reckless?

Le Bistrot du Paradou, Most Enjoyable Dining in the Alpilles

Provence our Home Away from Home in Sablet

Domaine Rouge-Bleu a Côtes du Rhône Vineyard on the Rise 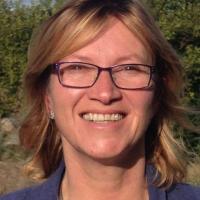 Julie and her husband Andy started visiting the Vaucluse area 25 years ago & over the years have increased the amount of time they spend there with their growing family. She has a deep affection for the area, finding it is a great place to visit, where the whole family can relax and enjoy time together.

She longs for the day when she can ‘up-sticks’ from her home on Dartmoor & relocate to the Luberon and spend her days cycling, walking, visiting markets & brocante fairs and of course enjoying the local food and drink.

Her blog VaucluseDreamer gives her a space to highlight some of her favourite things about the area from places to visit to particular activities that she and her family all enjoy.

She hopes one day it will be a place where she can share the process of renovating a house in France, but at the moment that will have to wait.