Summer Festivals and Events in Provence 2019 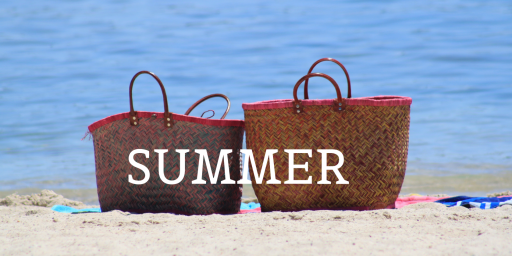 During the summer in Provence and the Côte d’Azur, daytime temperatures range from warm to hot. So, you don’t need an excuse to laze by the pool. At this time of year, the lavender is in bloom and the sunflowers put on a spectacular floral show. From music under the stars to bulls in the streets, June through September are by far the busiest festival months in Provence. However, summer is also the most active period for visitor traffic so plan your days accordingly.

Summer is festival time. The problem is choosing from an overwhelming variety of events. World-famous events like Jazz à Juan (started in 1960) and le Festival d’Avignon (since 1947) attract large crowds and celebrated performers. All the principal cities and many small towns in Provence host at least one noteworthy celebration during the warmer months.

The events listed below are annual happenings in the Provence and the Côte d’Azur, but the actual dates may change from year-to-year. The websites are listed below so that you can find out the current details. Please note this is not a comprehensive list of all the current events. For activities near to your location, check local newspapers, flyers at the grocery stores and tourism websites.

June in Provence and on the Côte d’Azur

June 7–9: Discover the public and private gardens of Provence and the French Riviera. It’s the 17th edition of Rendez Vous aux Jardins. In 2019, the theme is the animals of the garden. At some of the gardens, there are workshops, family-friendly activities and even guided visits. 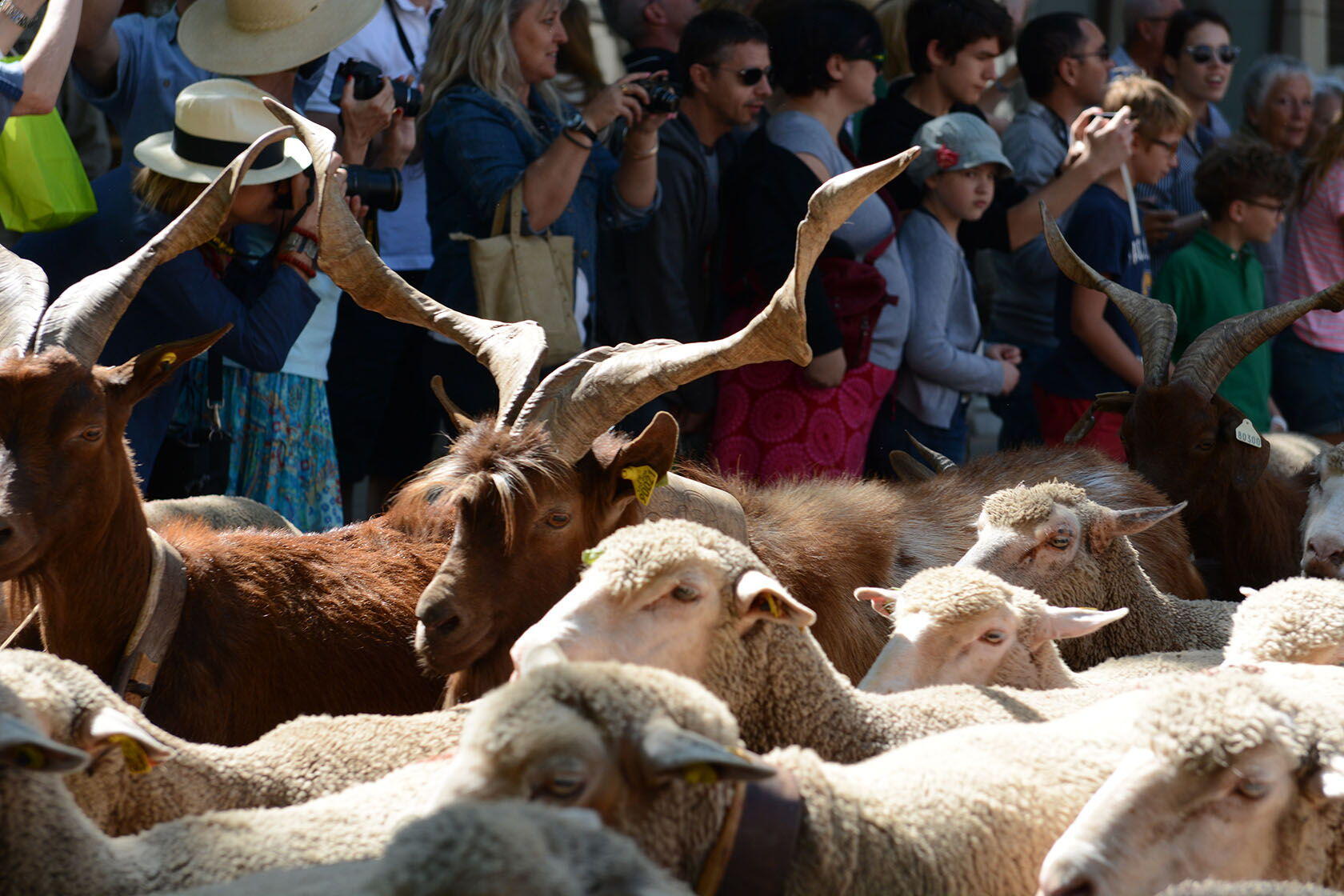 June 10: St Remy de Provence’s transhumance is a must-see with 4,000+ sheep and goats passing through the heart of the Provencal village. Fête de la Transhumance de Saint Rémy de Provence happens on the Monday of Pentecost (Pentecôte). Depending on the holiday, the date fluctuates between the end of May and early June. It’s a great day to visit St Remy, watch the animals, shop at the brocante (flea market), sample some goat cheese, and taste some local wine. For more information, please consult the St Remy tourism office website.

June 19 – August 6: Dating from 1869, Les Chorégies d’Orange is one of the oldest festivals in southern France. This year to commemorate the 150th anniversary there are three shows: William Tell, Romeo and Juliet, and Don Giovanni. Buy a ticket to one of the performances and enjoy an evening under the stars seated in this UNESCO World Heritage Site. Built in the 1st Century AD, the Roman Théâtre Antique d’Orange is well-preserved, and some experts argue that it is the best remaining structure of its kind from that era.

June 21: Summer solstice and Fête de la Musique. On the day with the most daylight hours of the year, it’s time to enjoy some free music. Since Joel Cohen launched the concept in Paris and Toulouse, in 1976, the Fête de la Musique expands to musical stages around France and beyond each year. Enjoy the tunes!

June 21 – 23: Formula One Grand Prix Race at Circuit Paul Ricard at Le Castellet in the Var. The track initially opened in 1970 the vision and financing provided by Paul Ricard who made his fortune selling pastis. After his passing, the facility sold to Excelis in 1999.

July in Provence and on the Côte d’Azur

July 1 – September 22: In 2019, Arles celebrates the 50th anniversary of the Rencontres d’Arles – Les Rencontres de la Photographie. The Rencontres is a big deal photography festival drawing international photographers and viewers from around the globe. The goal of the Rencontres is to make photography accessible to all with 40+ installations throughout the city of Arles in museums, chapels, cloisters, bookstores, and industrial spaces. Although many venues are within close proximity, it is practically impossible to see all of the exhibits in one day. There are options for day passes and festival passports. Purchase tickets online or at the tourist office in Arles. Download the festival app and start planning your visit. 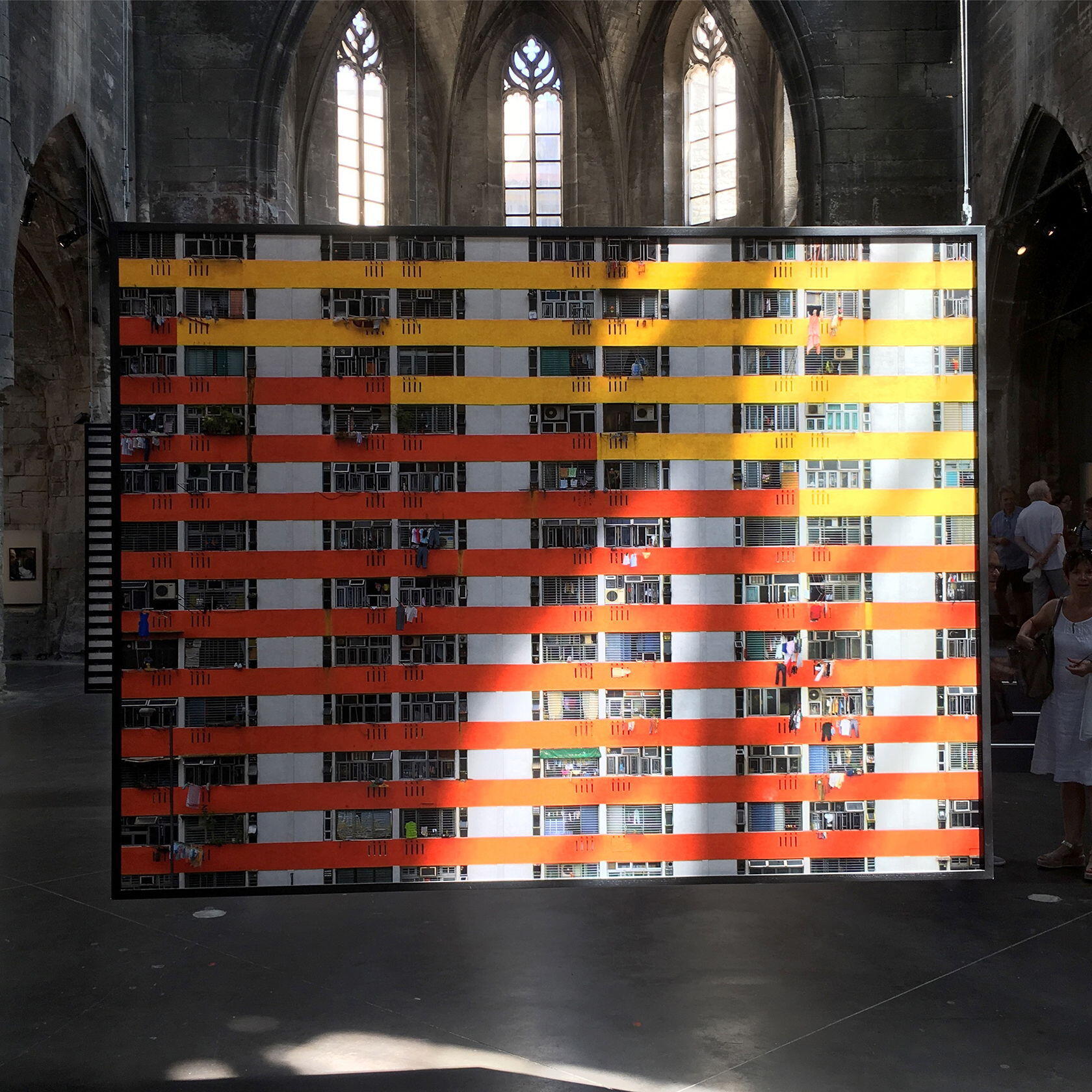 July 3-22: The Festival International d’Art Lyrique d’Aix-en-Provence (Festival d’Aix), held every July, since 1948, is primarily oriented towards opera. There are also recitals of chamber music, vocal concerts and orchestral sessions. The Festival d’Aix is the largest annual tourist attraction for the city of Aix.

July 4 – 23: During the Festival d’Avignon the Papal City turns into a theatrical stage. This arts festival, which was founded in 1947, features performances throughout the city and in the Cours d’Honneur inside the Palais des Papes. The official festival is known as “In” attracts both professional and amateur actors from around the world. 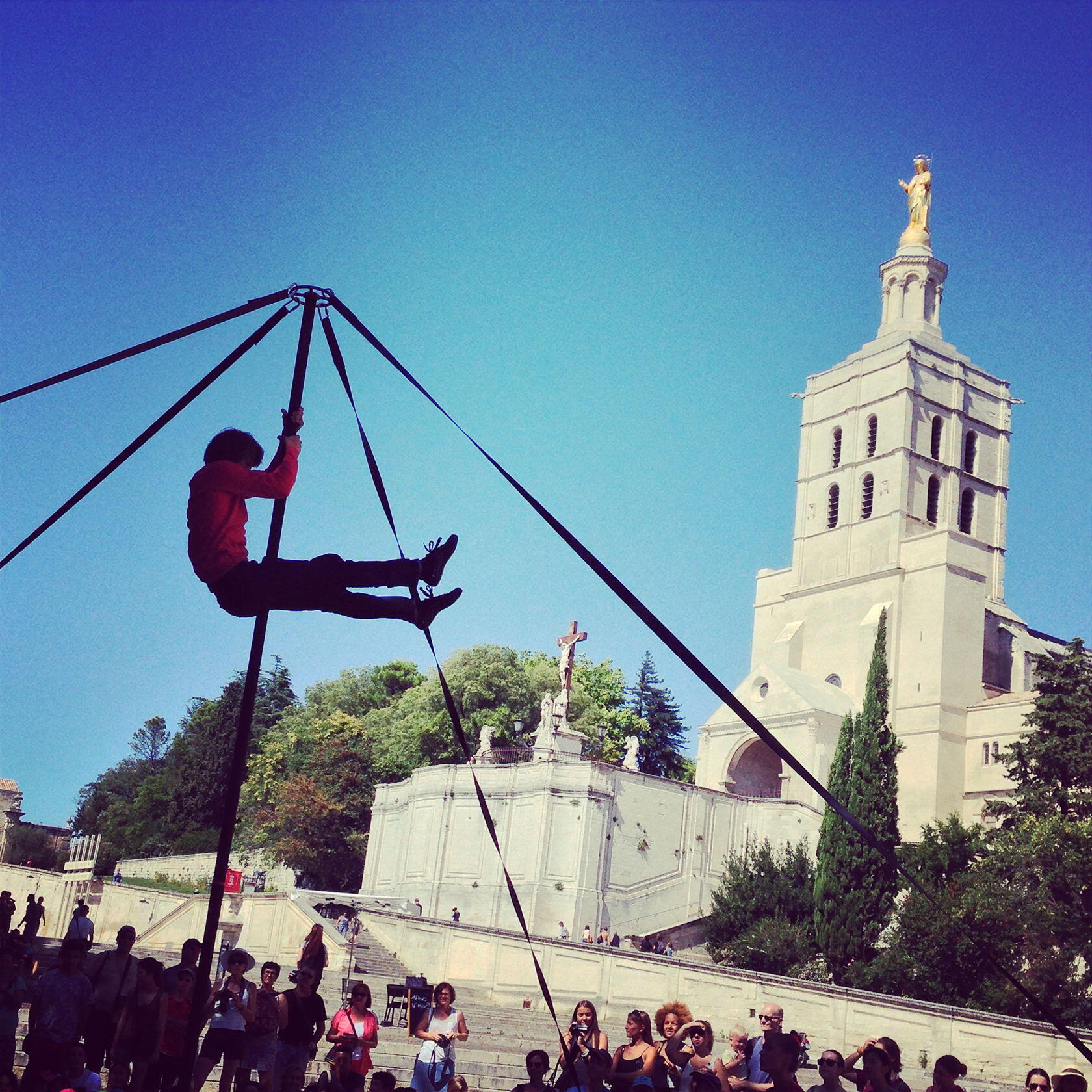 July 5 – 28: Festival Off d’Avignon. Running in parallel to the official Festival d’Avignon promotes work by amateurs, stand-up comics, street performers. The festival offers non-stop entertainment with 1000 performances throughout the period.

July 5-7: Les Rencontres Économiques d’Aix-en-Provence (REAix2019) is an annual business forum in Aix. Created in 2001 by le Cercle des économistes, this conference is an opportunity for European thought leaders, business heads, NGOs, economists, academics and students to converge in one location. “Conceived from the beginning as an intellectual terrain of encounter among diverse viewpoints, the forum has most recently taken the initiative of enlarging the roles of young people and entrepreneurs in its economic discussions.” The theme for 2019 is Renewing Trust. The following video provides a glimpse of what to expect during the three days.

June 22 – July 27: Festival International de Danse. On a warm July evening, when the setting sun kisses the Rhone Valley grapevines professional dancers perform in a 7000-seat Roman theatre in Vaison la Romaine. For over two decades, the Vaison Danses festival brings together international dancers to perform for audiences in the Vaucluse. Additional reading, Vaison Danses One of Many reasons to Visit Charming Vaison La Romaine. 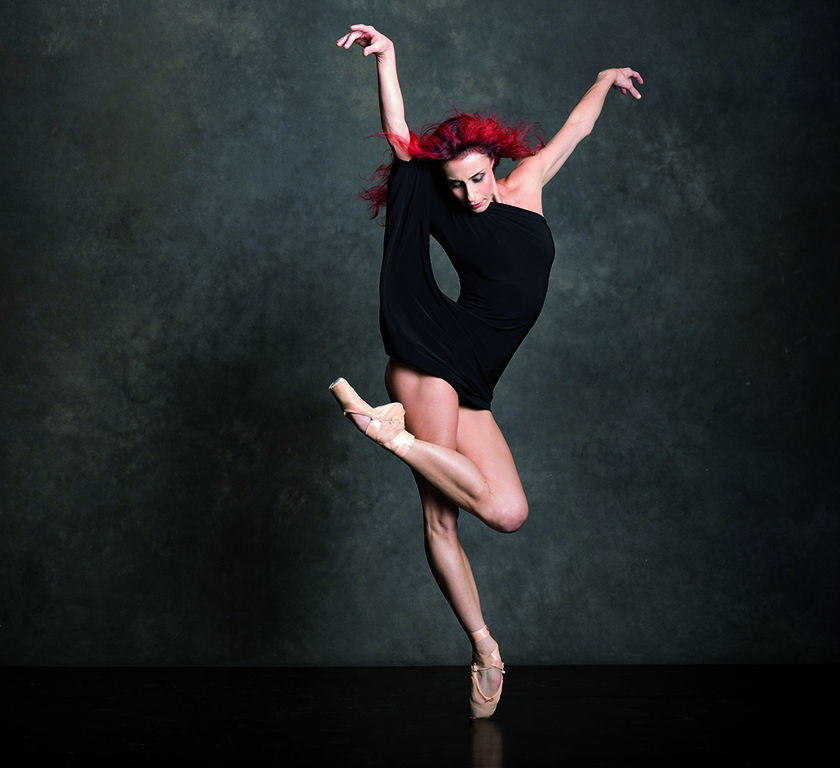 July 12-21: Since 1960, Juan à Jazz is a significant event for jazz musicians and their fans. Held in the seaside town of Juan les Pins musical performers play to the gathered crowds in the pinède (pine grove) Gould overlooking the Mediterranean. Over the years, Juan à Jazz has attracted prominent musicians including Ray Charles, Miles Davis, Ella Fitzgerald, Sarah Vaughan, Michel Legrand, Carlos Santana and Jessie Norman. However, it’s not all about the jazz there are free performances in the streets of Juan les Pins as well.

July 14: Bastille Day is a national holiday filled with plenty of pomp and circumstance. In Paris, there is a huge parade. The Patrouille de France perform their aerial acrobatics show. And, in the evening, fireworks light up the Capital’s skyline. The celebrations are not exclusive to Paris, check for local events near to you. 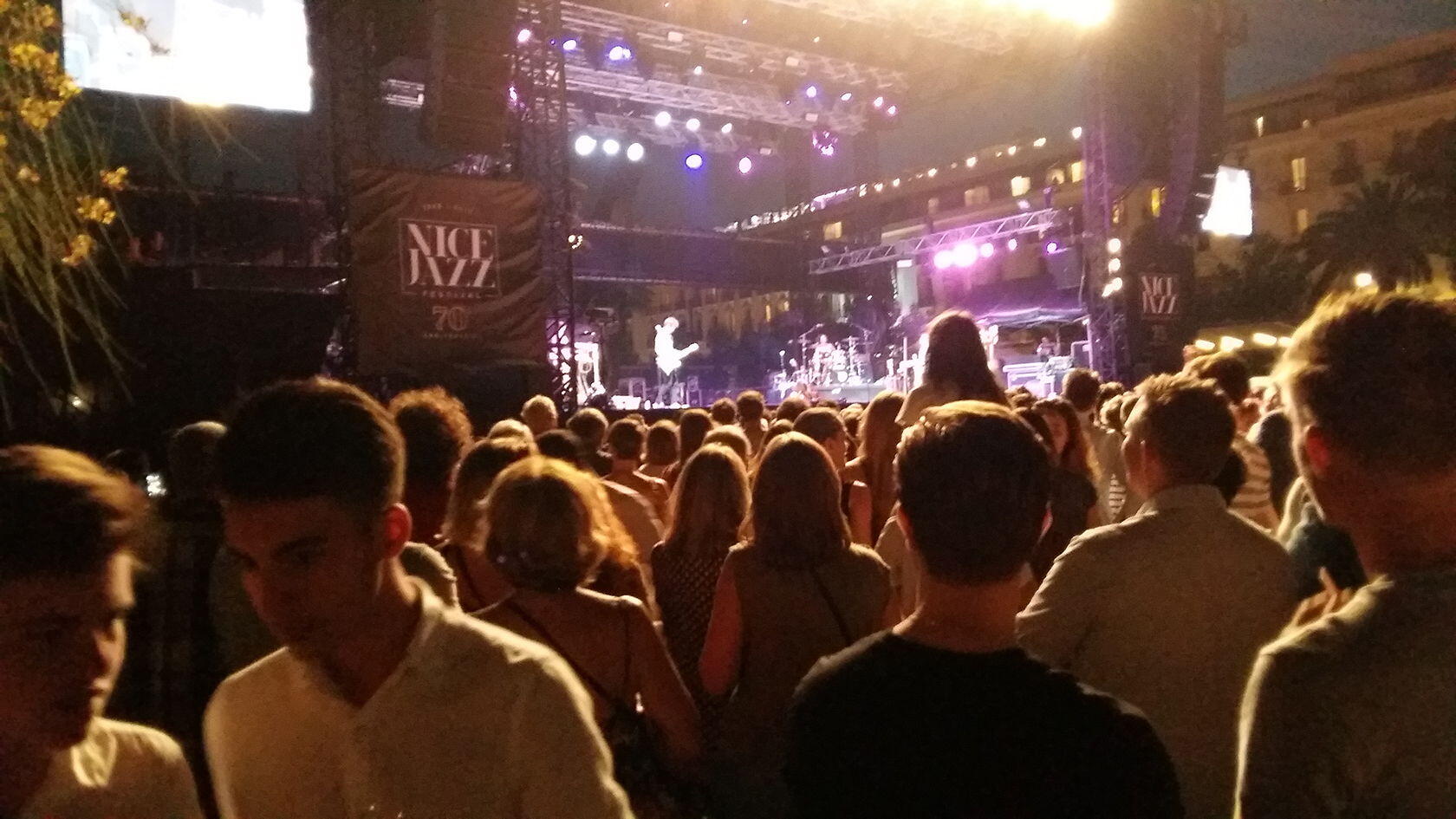 July 16-20: The Nice Jazz Festival gets the crowds out to Place Masséna. This flashy music festival began in 1948.  Covering a range of music styles this popular concert series continues to attract big-name acts every summer to Nice. Liz Lord offers some tips for Jazz Festival goers here.

August in Provence and the Côte d’Azur

July 19 – August 18: Starting in 1981, the International Piano Festival of La Roque d’Anthéron brings artists and aficionados together for an annual concert series at the Château de Florans in this charming Luberon village. The park-like grounds of the Château shaded by plane trees (Platanes), and tall sequoias provide a comfortable outdoor venue for an audience of up to 2000 people (85,000 throughout the festival) and an excellent acoustic stage for the musicians. During the festival, watch for performances (often free) in regional villages. It’s a chance to listen to wonderful music under the stars.

August 11-14:  Saint Jazz Cap-Ferrat has a short run, but it takes place in the ever so lovely town of Saint Jean, overlooking the sea, under the massive pines, in a tiny venue holding about 150 folding chairs.

August 15: is a public holiday Assumption Day, or Assomption in French. 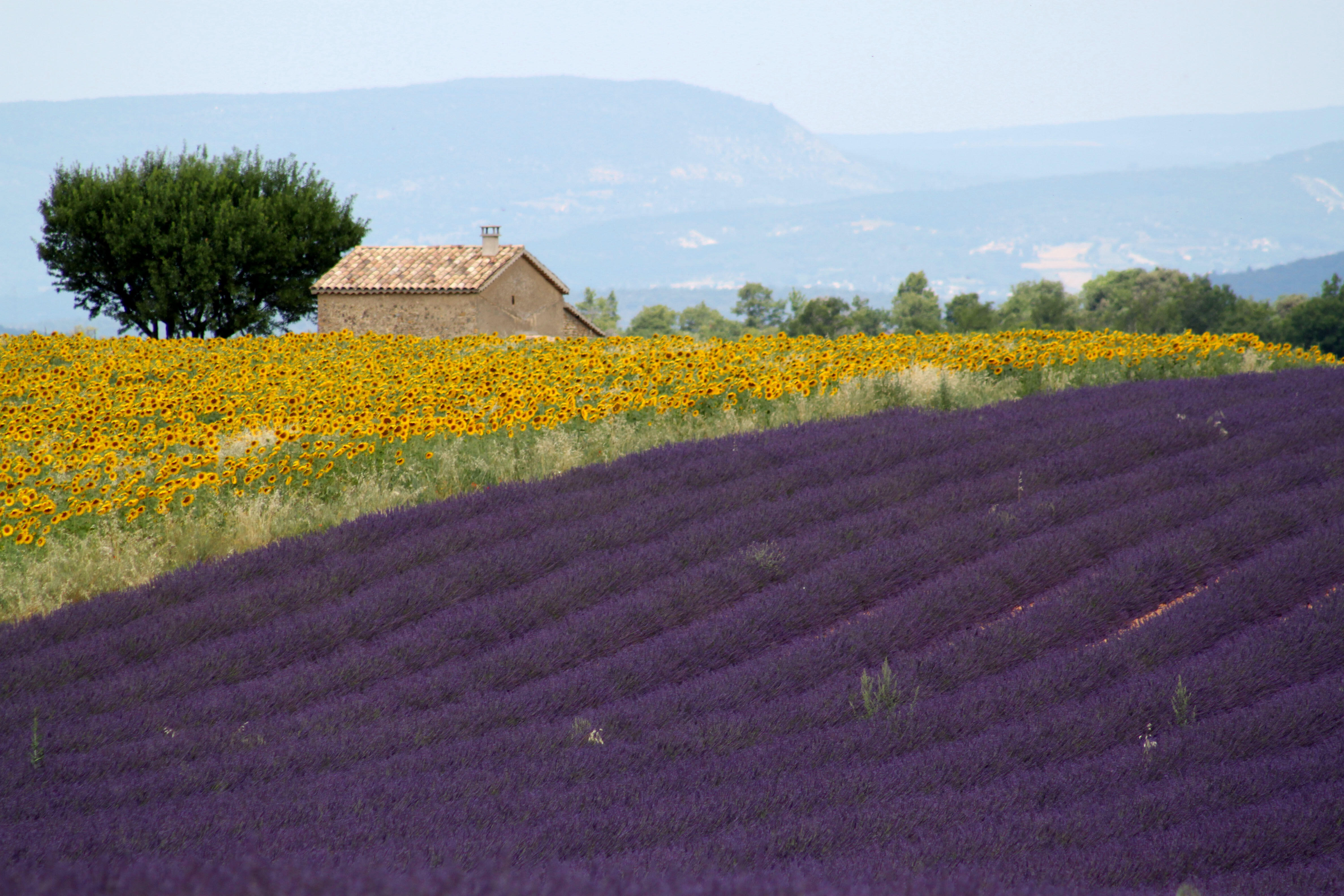 August 15: Marks the official end of the Lavender season in Sault. The Fête de la Lavande is a family-friendly event at the horserace track (Le Déffends). Expect a day filled with the fragrance lavender including artisanal products, and a lavender-cutting contest. 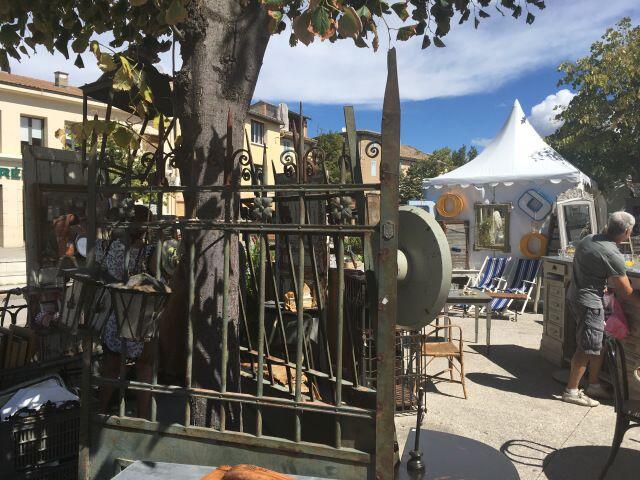 August 15: Antique lovers head to Isle-sur-la-Sorgue for “Antiques Art and You” the second annual fair in town. Ranked in the top three in Europe, these two antique fairs (the other is Easter Sunday) started over 100 years ago. The fair attracts 300+ dealers and 100,000 visitors. Looking for a place to stay near to Isle sur la Sorgue? Read about Le Domaine de Palerme for a Poetic Stay in Provence.