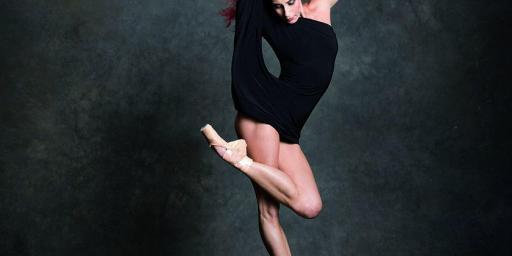 Dancing Under the Stars

On a warm July evening, the setting sun kisses the Rhone Valley grapevines good-night as dancers perform in a 7000-seat Roman theatre. No, you are not dreaming. For 22 years, the Vaison Danses festival brings together international dancers to perform for audiences in the Vaucluse. This year the program has a new artistic director, Pierre-François Heuclin, who is an artist in his own right. A dancer since 10-years of age, Heuclin performed as a ballet dancer in Metz and subsequently worked in operational and advisory capacities for the Paris Opera (starting in 1996). 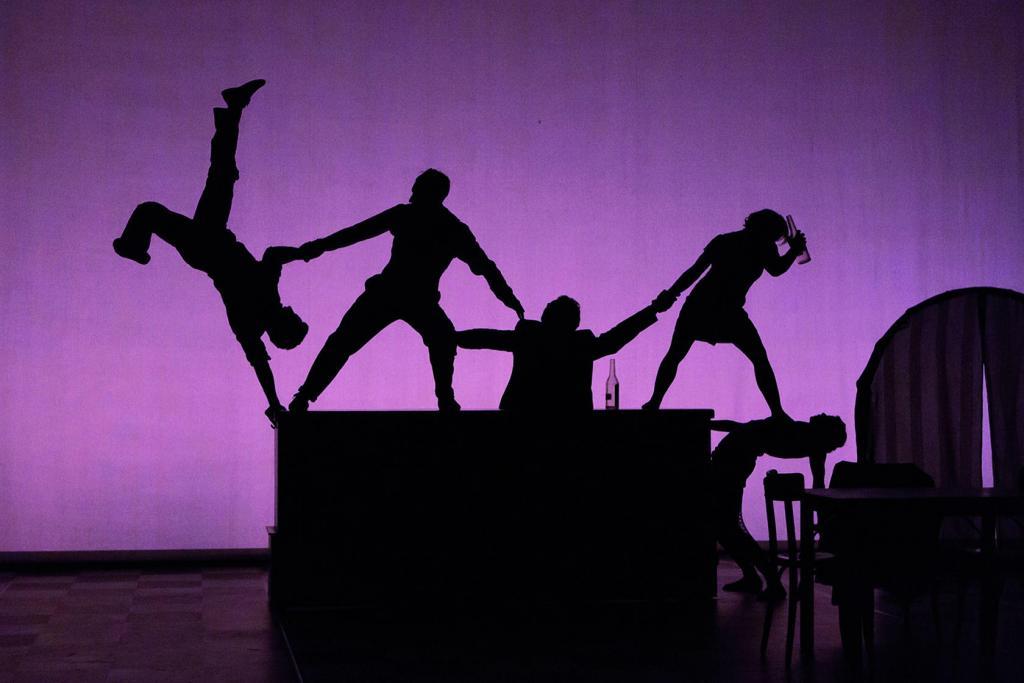 The five (5) night line-up for this year’s program is both impressive and diverse.

On July 18th the program takes a dark turn towards film noir style with “Speakeasy” by Compagnie The Rat Pack. 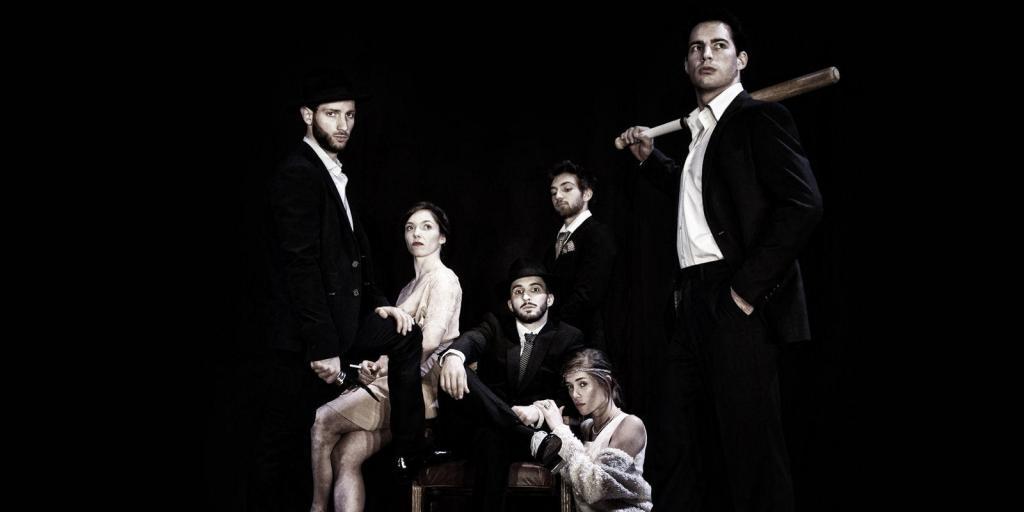 Then the street dancers of New York City hit the stage on July 21st in “Love Heals All Wounds,” a show choreographed by Lil Buck and Jon Boogz. Discover this talented duo and their project in this New York Times article. 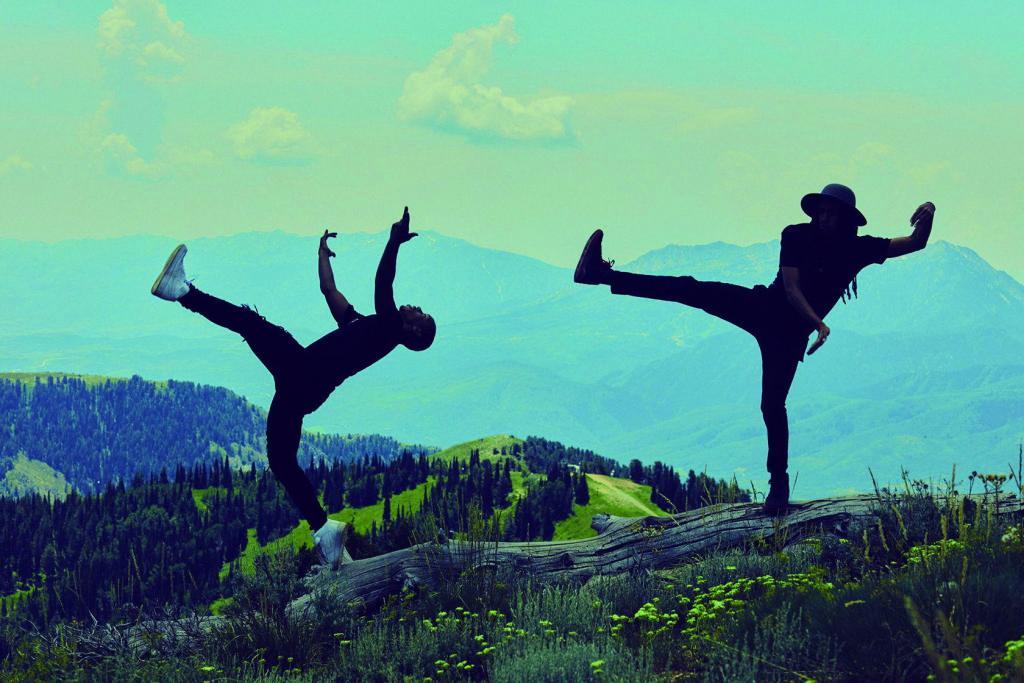 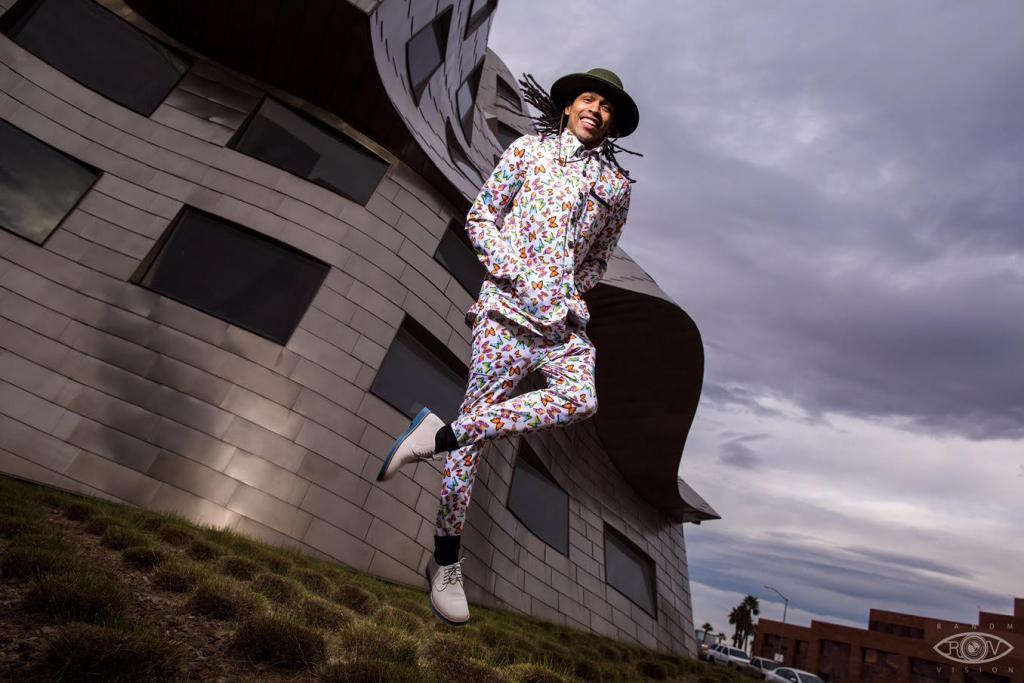 The Montreal Ballets Jazz performs “Dance Me” on July 24th with a tribute to legendary songwriter Leonard Cohen.

Finally, the Ballet National de Marseille takes the spot for the final performance on July 27th.

How to Buy Tickets

Located in the upper limits of the Vaucluse department (Haute Provence), Vaison la Romaine is in the heart of wine country. Surrounded agricultural land, the peaks of the Dentelles de Montmirail and nearby Mont Ventoux, Vaison has a rural feel. The village is an open-air museum where Roman, Medieval and modern times intersect. The River Ouvèze splits the town in two separating the Colline du Château, known as the Haute-Ville from the balance of the city. 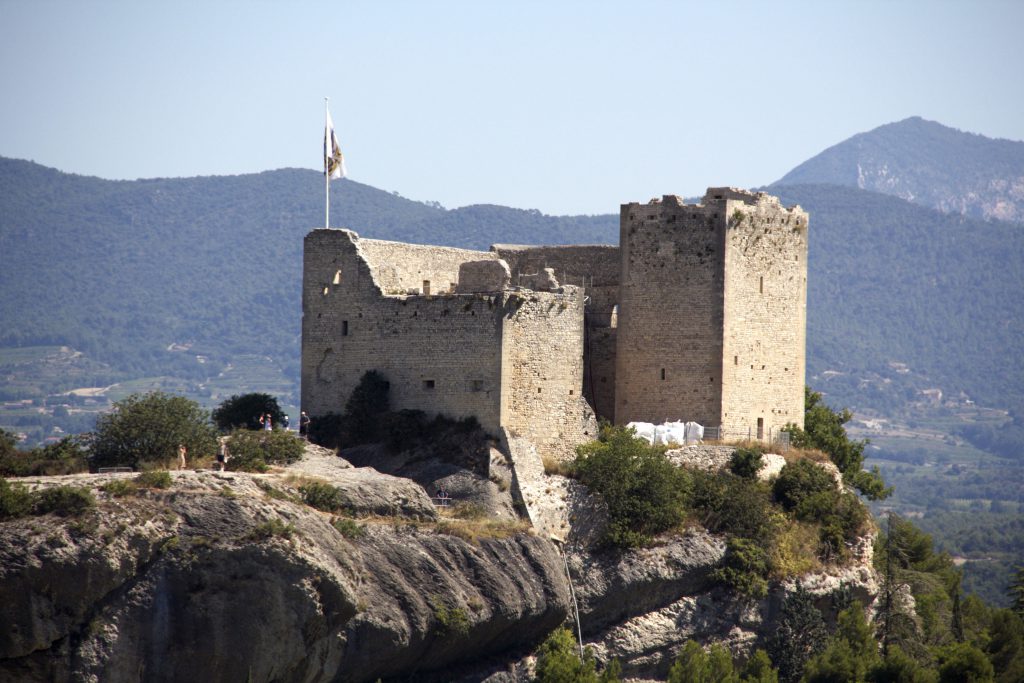 Plan to visit the Roman theatre and the remains of an aqueduct and public baths. Perhaps the most impressive Roman structure is the bridge which links the Haute Ville to the lower town. Built with a single stone arch this structure has remained anchored in place, straddling the banks of the Ouvèze for 2,000+ years despite life-threatening floods. The Romans were not the first population to settle near Vaison, the Celtic-Ligurians sheltered before them, and vestiges of life from before Neolithic times have been discovered in the area. 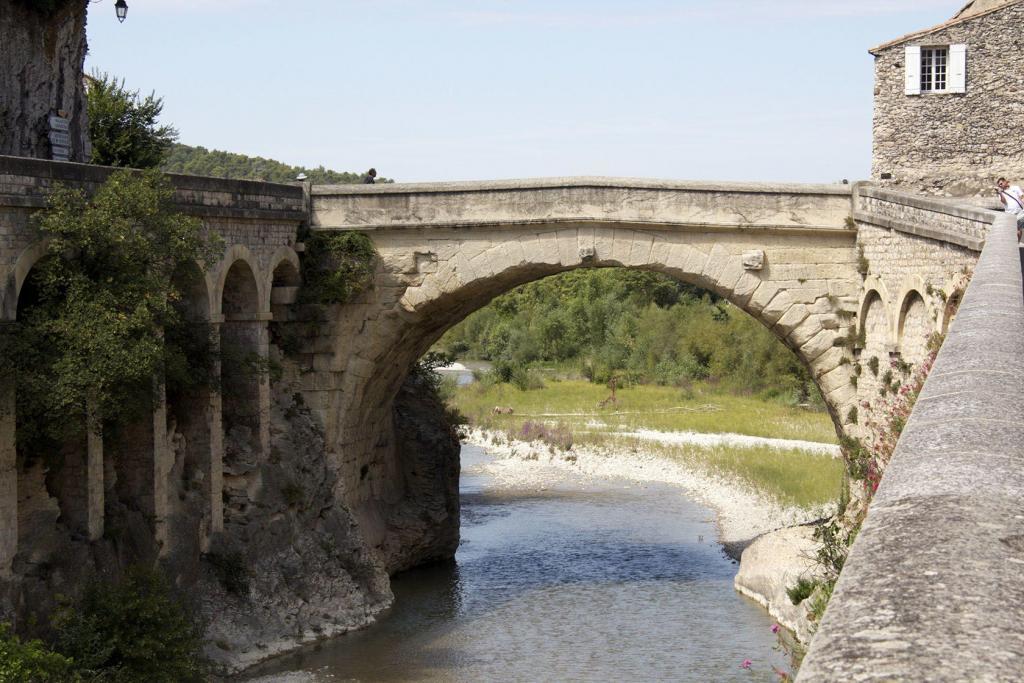 Across the bridge is Colline de la Villasse and the lower town this is where you find, the more contemporary village with plenty of boutiques, art galleries and restaurants. Vaison has a weekly market on Tuesday morning, which is considered to be among the biggest and the best in the Vaucluse. There are smaller farmers markets on Thursdays (summer months) and Saturdays. If you can’t make it to the market, stop by one of the best cheese makers in the region Fromagerie Lou Canestou, a cheese shop owned and run by Josiane Deal, a Meilleur Ouvrier de France (MOF). Josiane supplies cheese to about 100 restaurants in the Vaucluse and Bouches-du-Rhône.

Here are more local’s tips for your visit to Vaison. 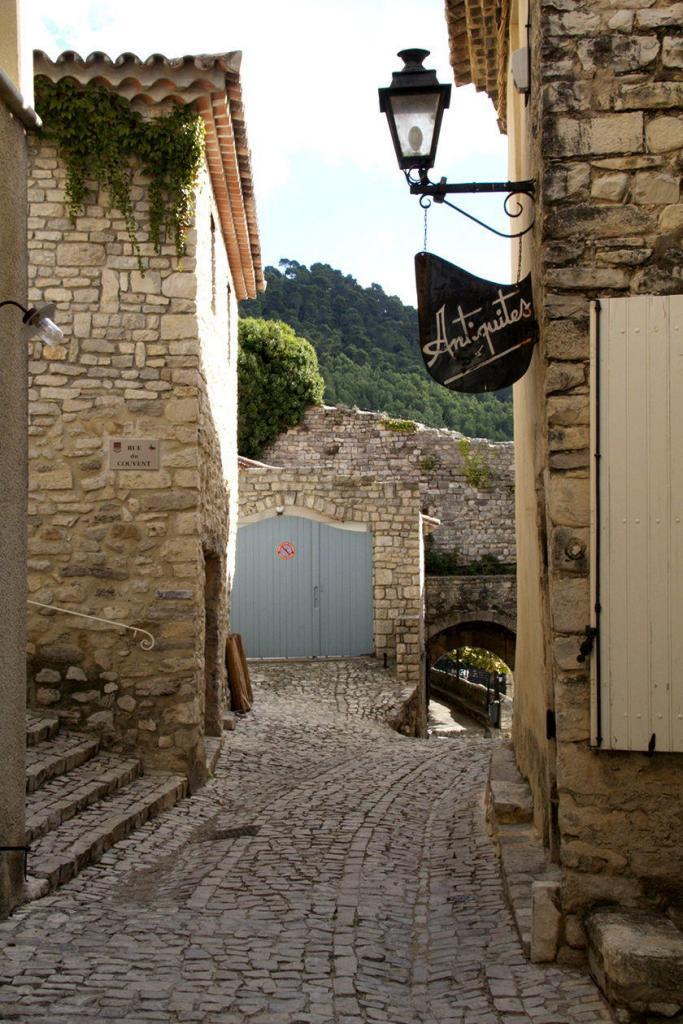 Make sure to visit nearby Seguret a hillside hamlet that certainly deserves its status as “Beaux Village.” The cobblestone streets of this tiny village pass art galleries and boutiques en route to the ruins of a castle. Côté Terrace is a great spot for lunch with a view. Or for a special occasion, book right next door at Le Mesclun.

Nothing to Wine About

Located in the heart of the Southern Rhone Valley, top-quality vineyards surround Vaison la Romaine. The rocky soil and unique terroir produce superior wines, as a result, many local vintners are focused on lower per-hectare grape growth and quality production. Rhône Valley vineyards stretch from Lyon to the Camargue, the second largest wine growing area in France after Languedoc-Roussillon. In the Southern Rhône, south of Montélimar, there are hundreds of vineyards, and nine villages with wines that deserve the status of Cru (highest quality). 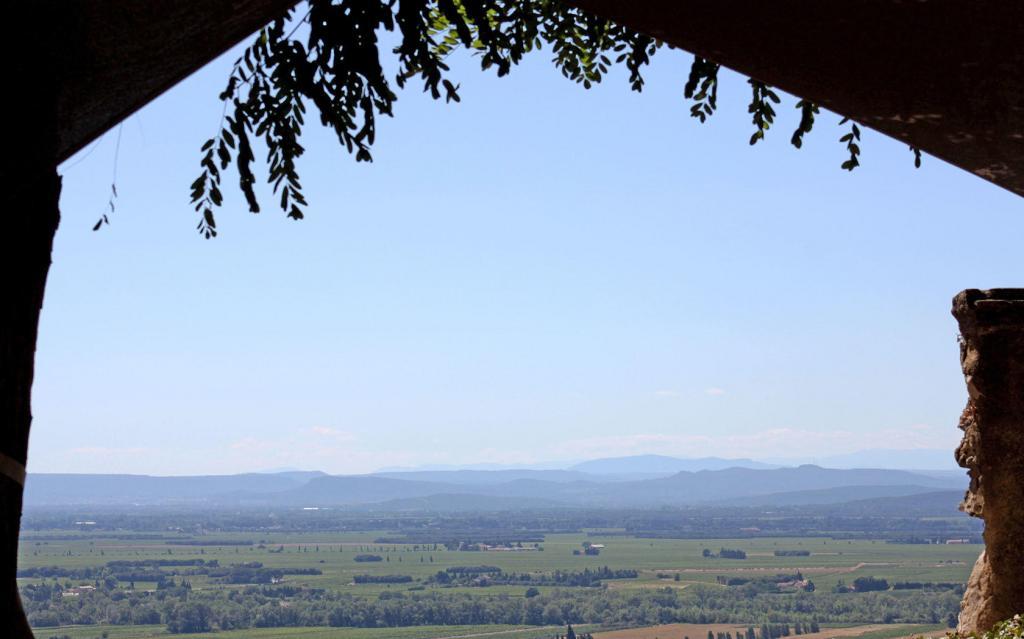 Rasteau is one of those villages with wines that have both AOP and Cru status. Located on a small hilltop Rasteau has a spectacular view of the Dentelles de Montmirail. The town is best known for its quality red wines and Vin Doux Naturel a sweet fortified wine. Discover more about Rasteau and Rhône Wines.

During a wine workshop at Chêne Bleu, the instructor explained that the more the grapevines suffer, the better quality the fruit. According to him, the vines should be a little bit stressed in their search for water and nutrients. This describes the case for many vineyards in the Southern Rhône Valley with rocky, undulating terrain. 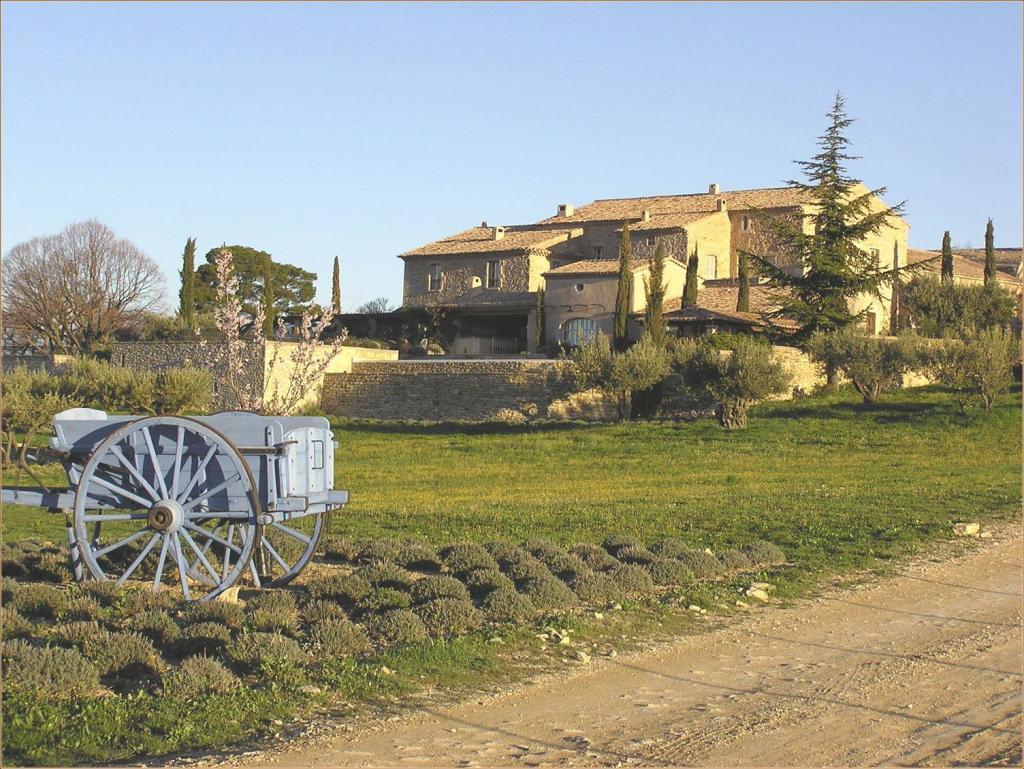 Located a few kilometres along a ridgetop from the hamlet of Crestet, the Rolet family own Chêne Bleu. This vineyard produces “Super Rhônes” with a wine label that is a pictorial homage to the property’s medieval past, the mythical grapes and the team who run the operation and wine production. Read more details on Chêne Bleu wines and their intensive wine workshops. Chêne Bleu is a sponsor of Vaison Danses. 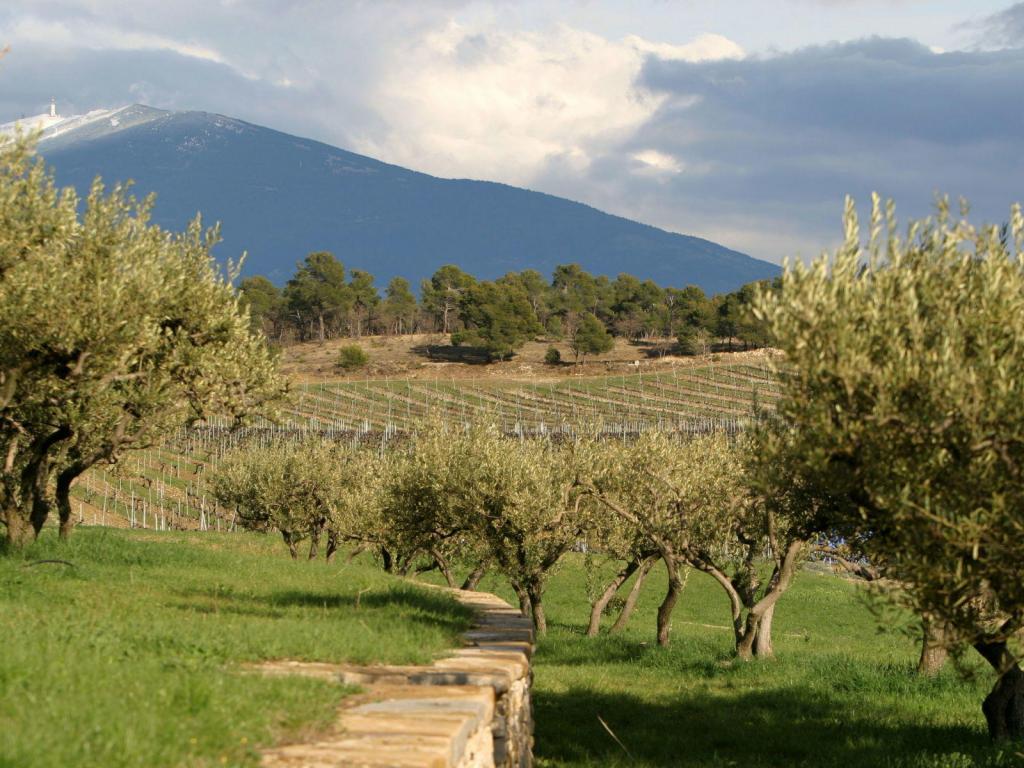 Sweet wines may not be your “thing” but do not leave the area before you Muscat de Beaumes de Venise it’s the Provencal version of Vino Santo. Jill Barth explains the production process for this wine in her post Dessert Wines from Southern France.

If you want to sample some wine, without driving to the vineyards, try l’Arbre à Vins in Vaison la Romaine, a wine bar and restaurant. There are weekly themed evenings where owner Mathieu Schillinger and his chef craft wine and food pairings to tease your taste buds. It took moving to England for Schillinger to gain an appreciation for food and wine, which eventually led to l’Arbre à Vins. Here, is the backstory.

Vaison la Romaine – plan to go for the dances, the history and of course the wine.

Provence Family Vacation Ideas for Holidays with Kids in the Alpilles

Museums of Avignon Musées Mirabilis is the Big Summer Show

Northern Rhone Wines and the Allure of Hermitage