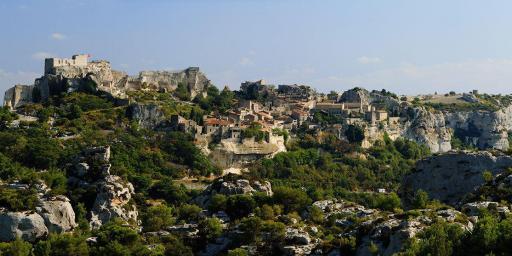 If you’ve spent time in the Alpilles, the small mountain range near St-Rémy-de-Provence, you’ve probably spotted a medieval chateau or two. Some are hard to miss, like the magnificent chateau and fortified city of Les Baux. Others are little more than piles of rubble.

The Alpilles were once dense with chateaux of all shapes and sizes. But why so many? And what happened to them? Here’s some history, plus a guide to the chateaux that you can still visit today.

The Alpilles have long been a strategic military and political location. They lie near two large rivers that are important for trade and transport, the Rhone and the Durance. And back in Roman times, the area was crisscrossed by three major roads—the Via Domitia, which ran along the northern edge of the Alpilles, the Via Aurelia which ran along the southern edge, and the Via Agrippa, which connected the area with cities to the north.

Fortifications have long been built in the Alpilles because it is such an ideal place for them, with its steep cliffs and rocky outcroppings that make for perfect defensive positions. Plus the high positions make it easy to spot signs of danger. For much of human history, these fortifications were built of wood or earth, so little or no trace remains today. But in the 10th century, what we now call chateaux began to be made of stone.

One of the first was atop Mont Gaussier, the high peak above St-Rémy. It wasn’t much, just a small watchtower, but it had a view over the entire northern plain and was virtually impervious to attack. 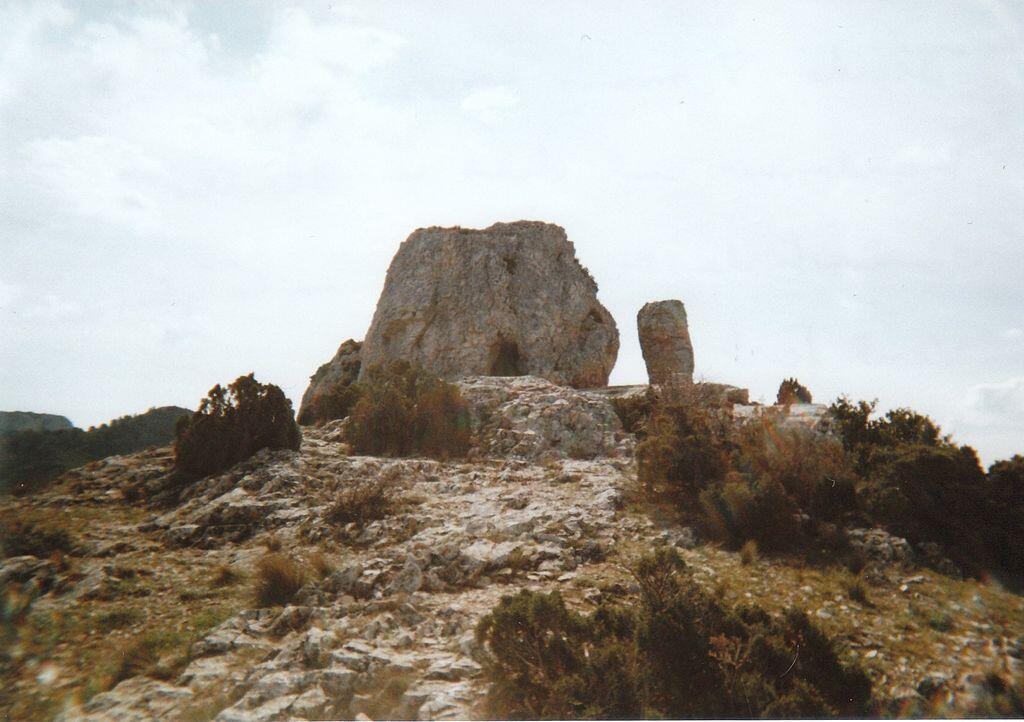 Remains of the Mont Gaussier Watchtower

From that modest beginning, the chateaux of the Alpilles became larger and more elaborate. The biggest had watchtowers, thick walls and ramparts, chapels and—very important—cisterns to hold water in case of siege. The nobles who owned them decorated their rooms with luxurious furnishings to demonstrate their wealth and power. 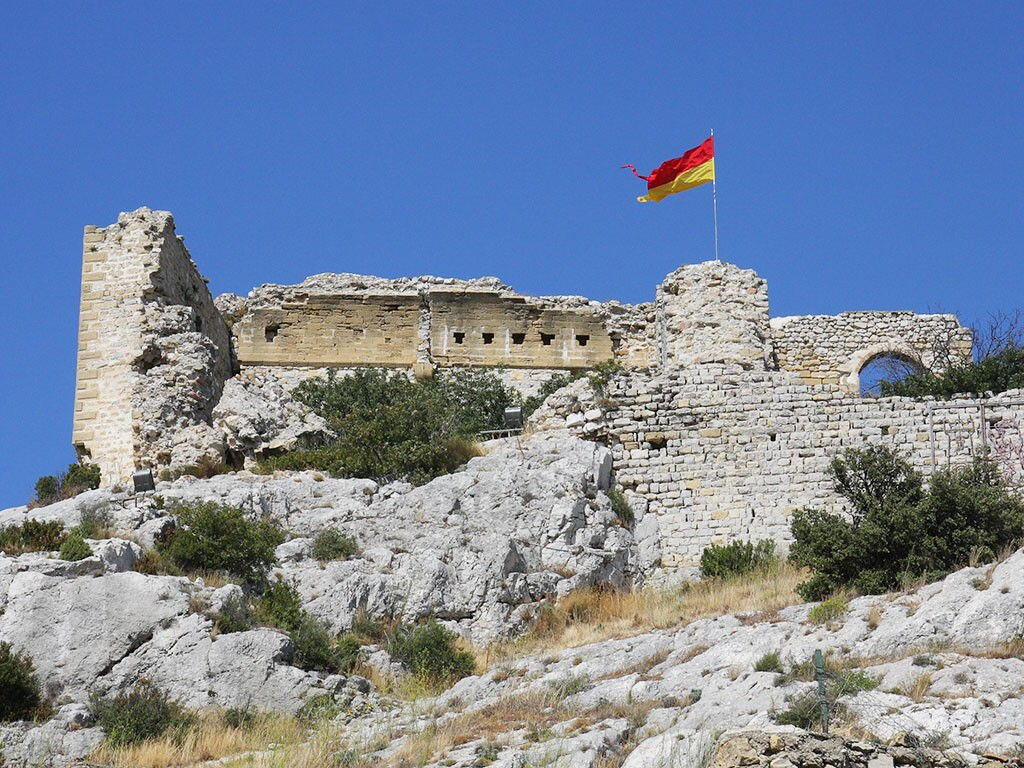 Where did this wealth come from? Much of it came from, of all things, tollbooths! Because the chateaux held commanding positions over important trading routes, they were able to extract tolls from merchants transporting goods to market. The chateau at Orgon, for example, collected tolls from transit along the Durance River. At the other end of the Alpilles, the chateau at San Gabriel collected tolls where the Via Domitia, Via Aurelia and Via Agrippa—still important trading routes—all passed. 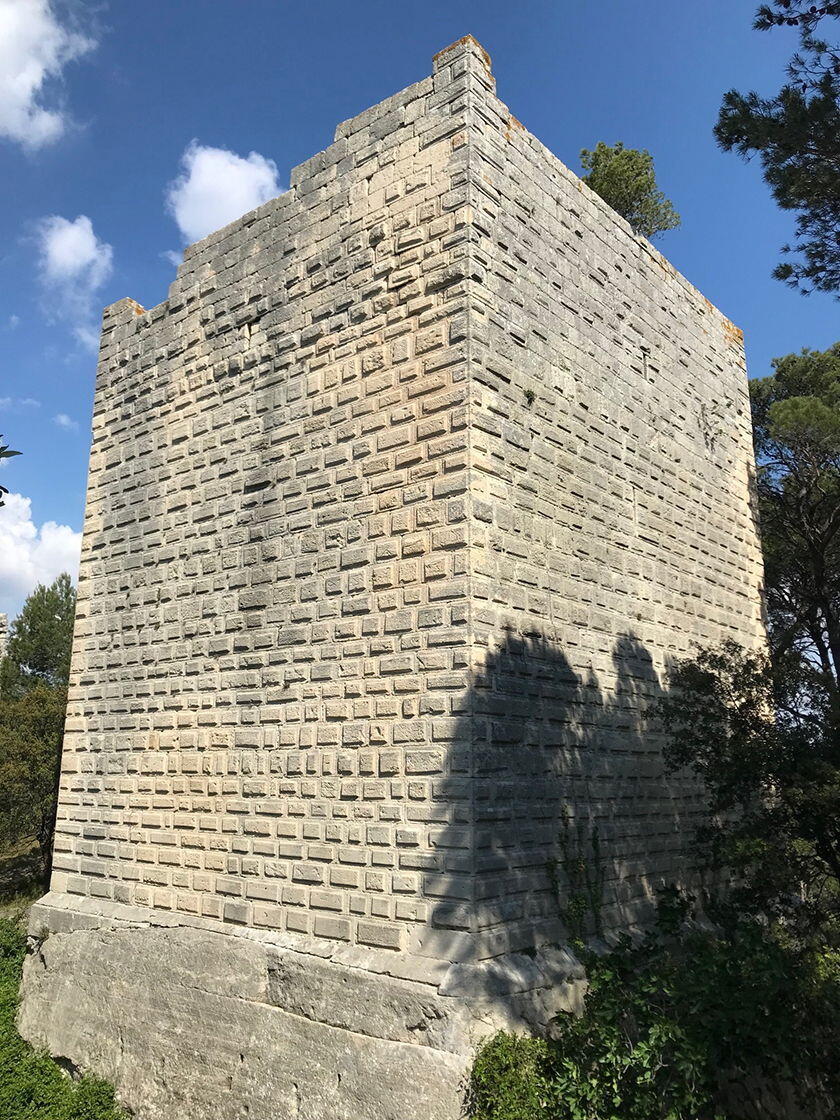 All of this wealth made the area around the Alpilles an attractive “takeover target” as we would say today. And those who might want to take it over were close by. During the Middle Ages, the Alpilles were in Provence, then an independent territory run by a count. Just a few miles to the west was the Kingdom of France and just a few miles to the north were the Pope’s territories around Avignon. This made the area both strategic and volatile, which is one of the reasons so many chateaux were built.

Things came to a head in the calamitous 13th century when just about everything that could go wrong did go wrong. The plague wiped out much of the population. Brigands invaded the area when the end of the Hundred Years War left them with nothing to do. And there was a battle for succession when the ruler of Provence died after foolishly naming two different heirs.

Battles, brigands, shifting alliances…it was a bad time. Chateaux would be built, destroyed, and later rebuilt as power ebbed and flowed. Finally, Provence became part of the Kingdom of France in the 15th century and things calmed down. But the French king was a clever fellow and knew that strong chateaux could become centers of rebellion, so he had them destroyed. Even the best preserved of them reflect only a fraction of their former glory today.

While the chateaux of the Alpilles are not as mighty as they once were, their dramatic locations haven’t changed, and some are available to visit. Here’s a guide to the best. 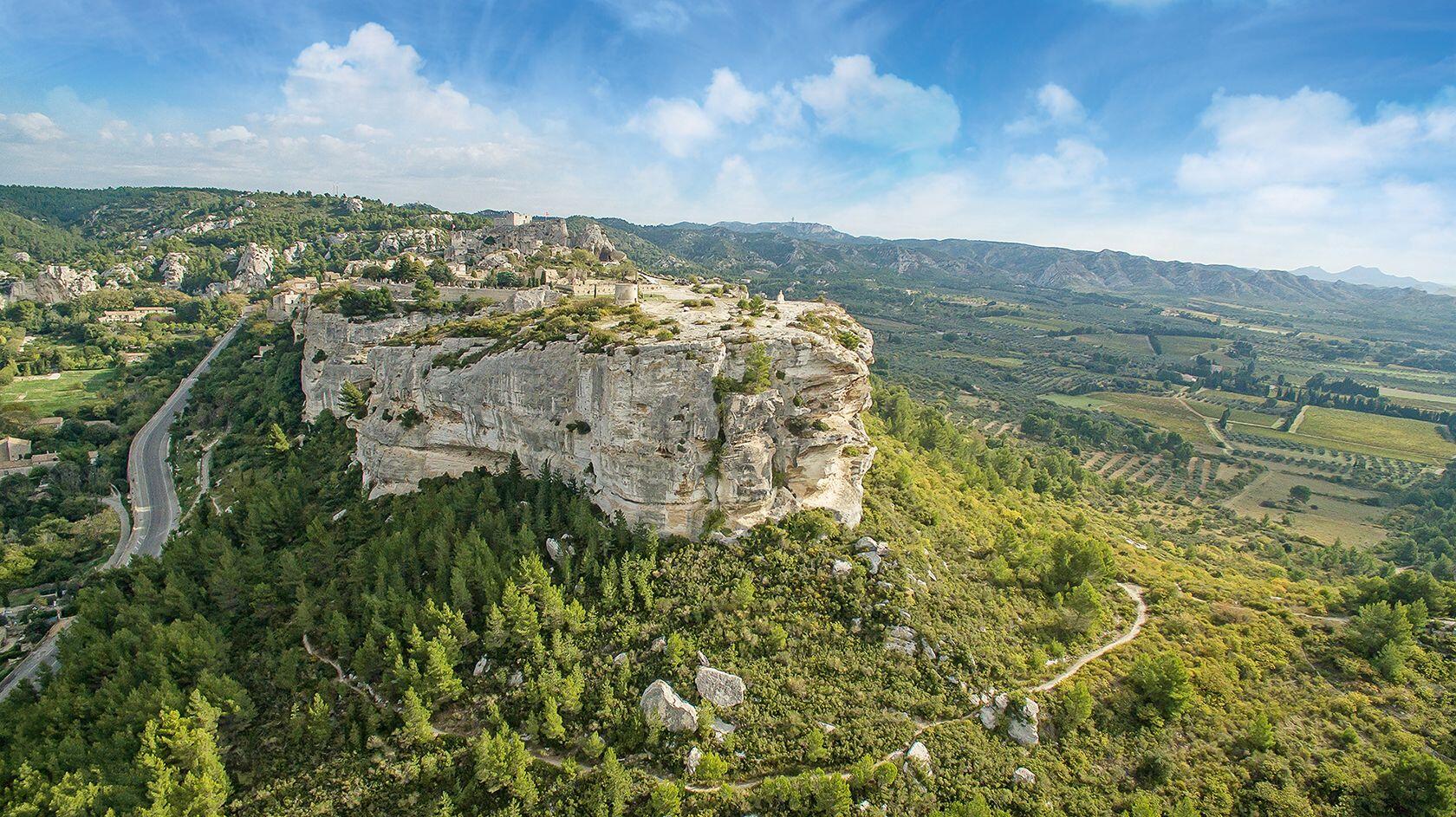 Built on top of a huge rock and surrounded by a fortified town, Les Baux de Provence is the biggest and best known of the Alpilles chateaux, with magnificent views over the surrounding landscape. There is a fee to enter. 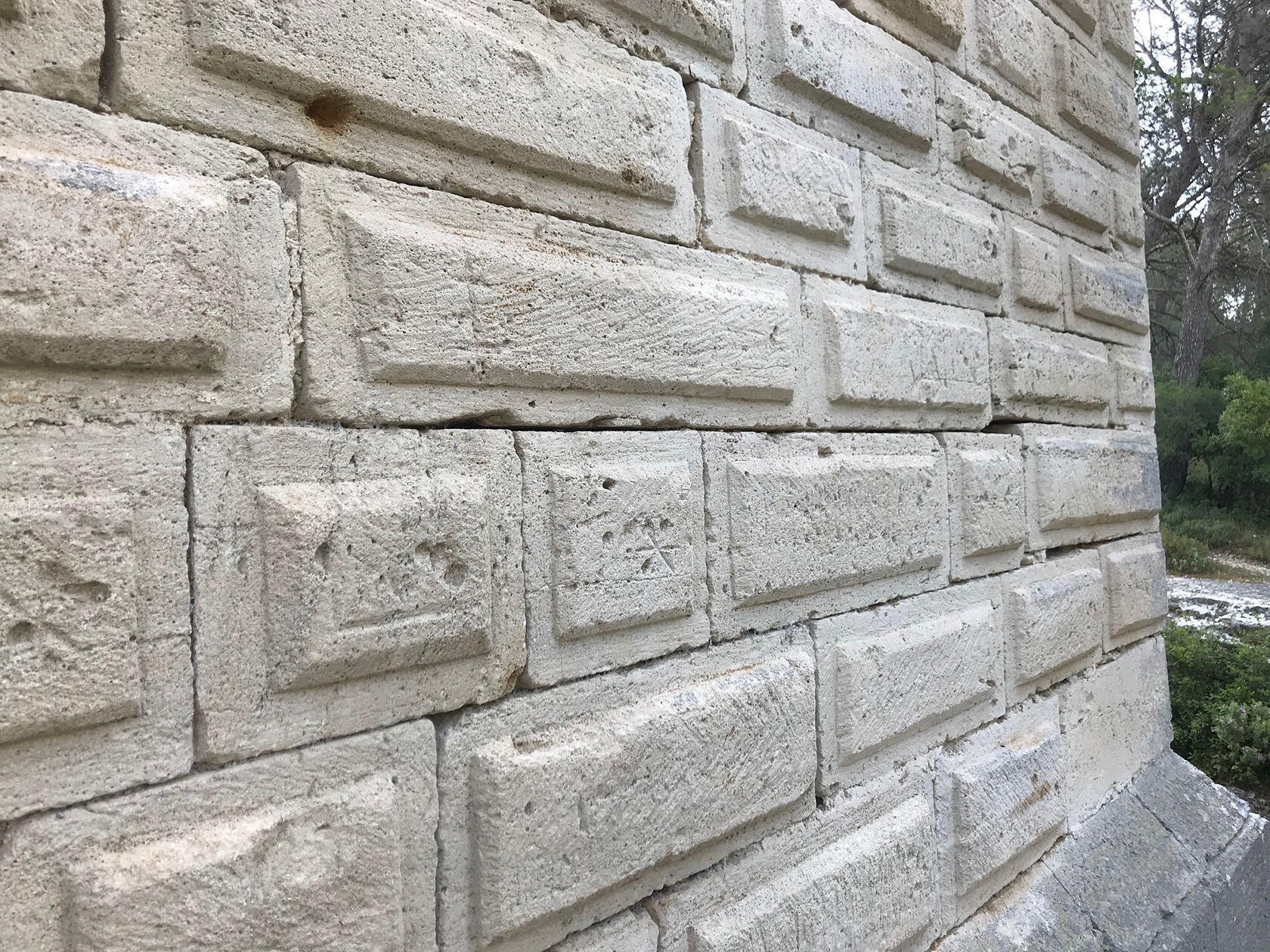 Constructed with bevelled stone, the walls of this enormous “tollbooth” were an expensive undertaking that demonstrated the owner’s wealth and power. To get there, park at the Saint-Gabriel chapel outside of St-Etienne and follow the GR6 hiking trail about 300 yards in the direction of St-Rémy. 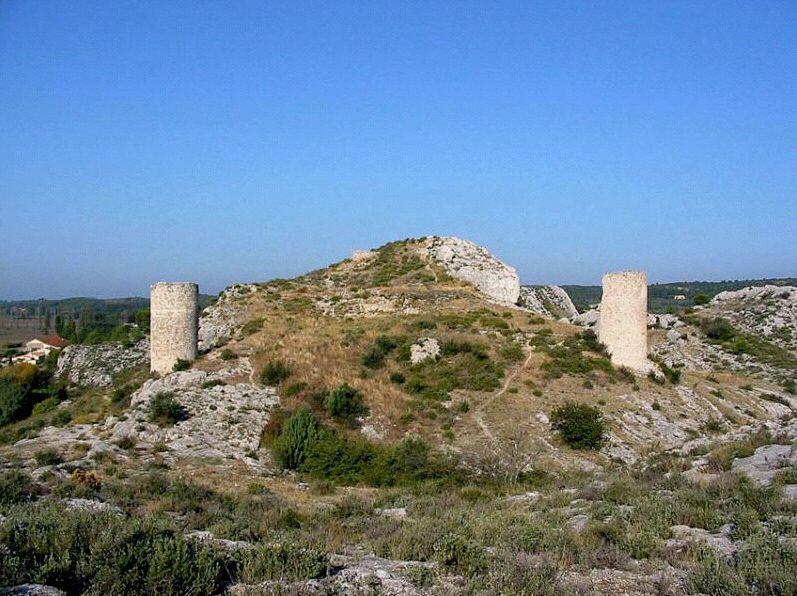 Once connected by ramparts, some of which you can still see are these three towers just south of Paradou. They protected the southern flank of the territory controlled by the counts of Les Baux. 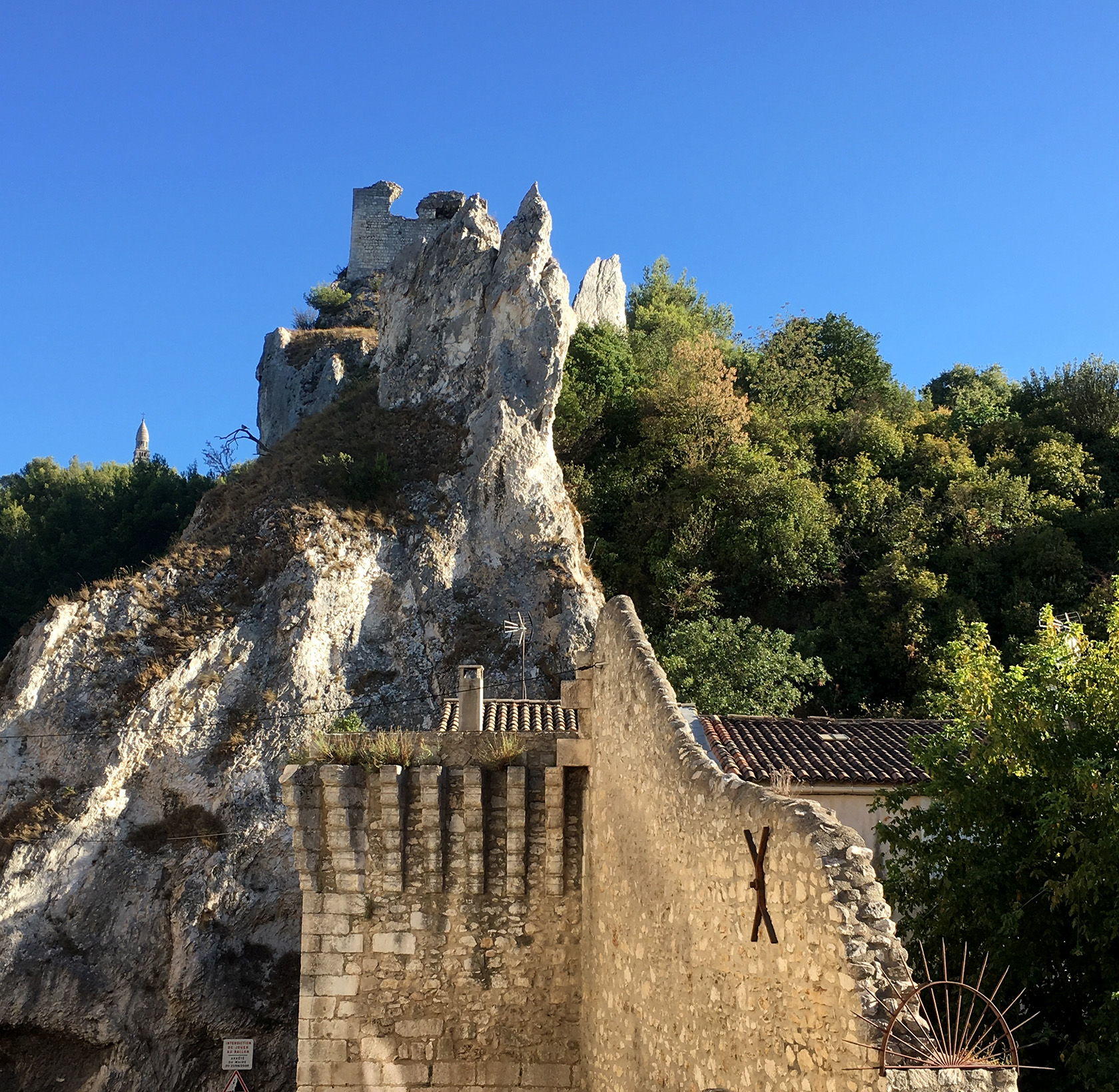 Sitting on a dramatic rocky outcropping below today’s Notre Dame de Beauregard church, you have to scramble a bit to reach it, but the views make it worthwhile. Discover historic Orgon the charming Alpilles village beyond the N7. 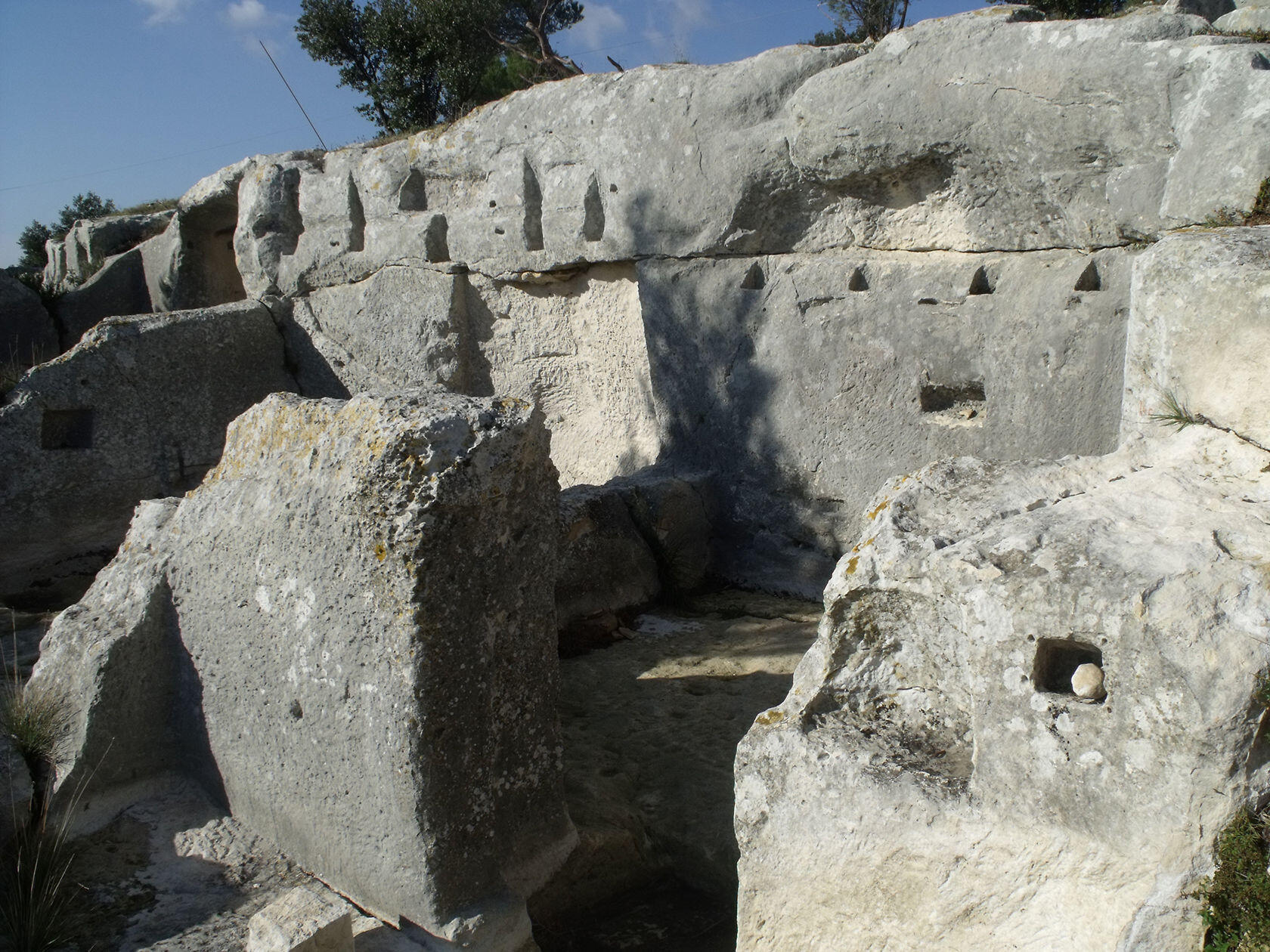 This “castrum” was more of a fortress than a chateau, with defensive walls built into the surrounding rock. To get here, park at the Chateau d’Estoublon winery and walk along the road called Mas d’Auge for about 1km, then turn off on a path to the right for another 600m.

Other impressive sites that you can see from a distance but are not allowed to visit are the Chateau d’Aureille in the middle of Aureille, Chateau Romanin next to the Romanin winery outside of St-Rémy and Chateau Roquemartine near Eyguières.

For more detailed information on the chateaus, check out this book by Christine Martin-Portier (in French).

Other Activities in the Alpilles

Eating: Our Favorite Restaurants Picks in the Alpilles

Drinking: Sample the Wines from the Alpilles Landscape that Inspired Vincent Van Gogh

Family-friendly: Vacation Ideas for Holidays with Kids in the Alpilles

Carrot Flan a Savoury Side Dish 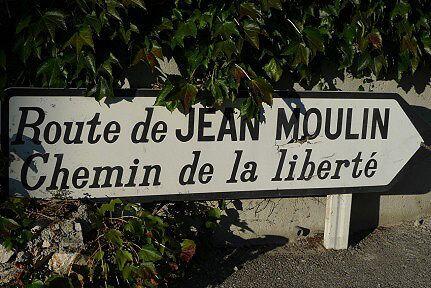