Why Visit Fontvieille and its Windmills in the Alpilles 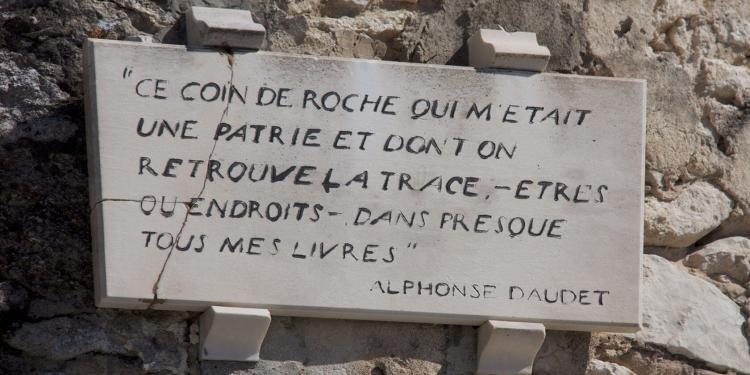 Inscribed in the stone and fixed to one side of the St. Pierre windmill is a quote by French writer Alphonse Daudet (1840-1897). Although, he was born in Nîmes and spent time in both Lyon and Paris, it was here in the Alpilles were he described his affection for the town of Fontvieille and its windmills.

This corner of rock was a homeland to me, one which can be traced to beings or places in almost all my books. (translation) 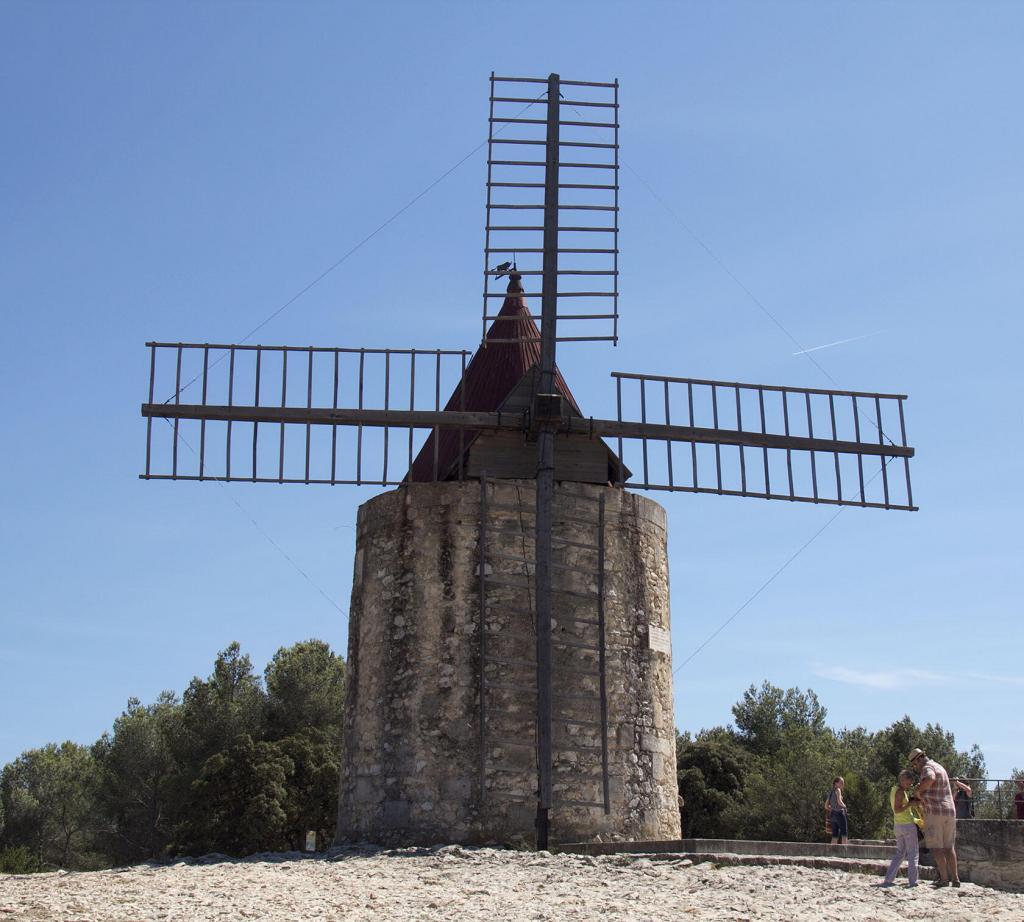 Windmills of the Alpilles

Fierce mistral wind gusts registered 65km/hour the day that we chose to visit the Ribet or St. Pierre windmill in Fontvieille (‘the old fountain’). This refurbished windmill sits proudly on the crest of a barren, rocky knoll, in full retirement after 100+ years of operation between 1814 and 1915. Although, the blades no longer turn in a howling north wind, it is easy to understand how the placement of the mill was quite logical. 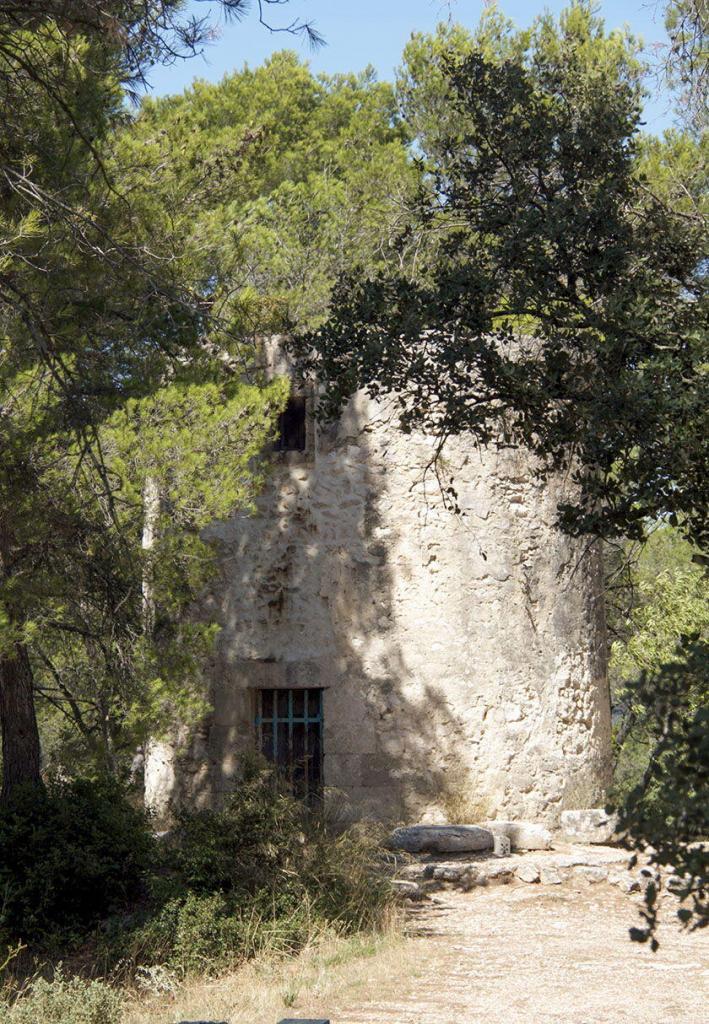 The Ribet windmill was one of four moulins built on the same hill; Sourdon, Tisscot-Avon and Ramet, are the names of the others. The best preserved is the Ribet although the Sourdon is the oldest. It is a bit hard to envision now as trees and underbrush have been allowed to propagate around these ancient structures (except for Ribet), but during the 1800s these mills were crucial to feeding the growing population of stone-cutters in what is now Fontvieille. 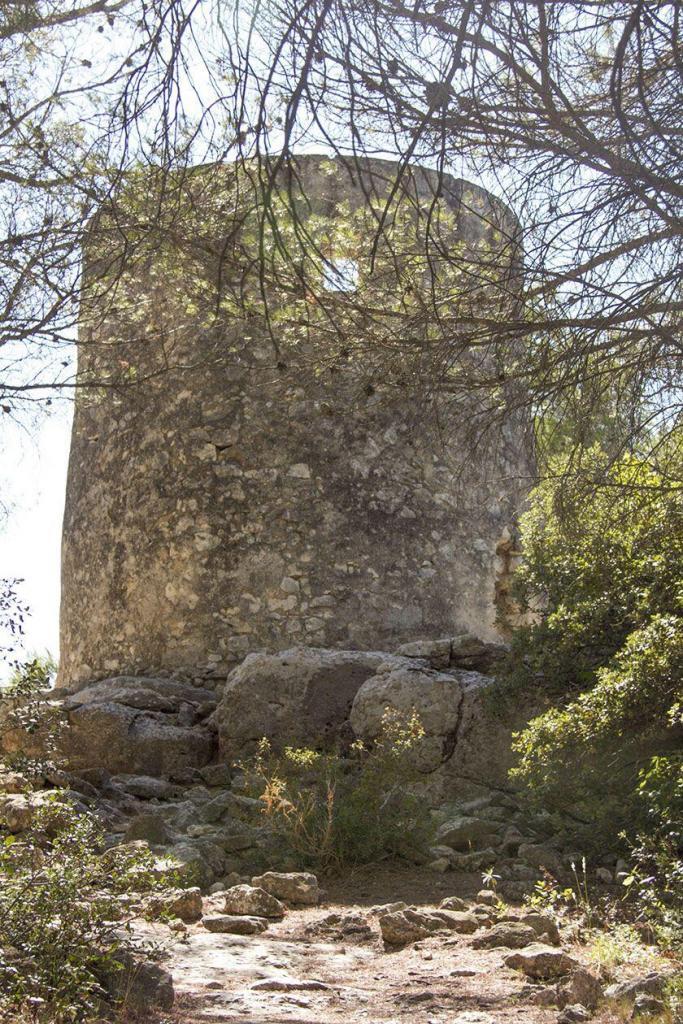 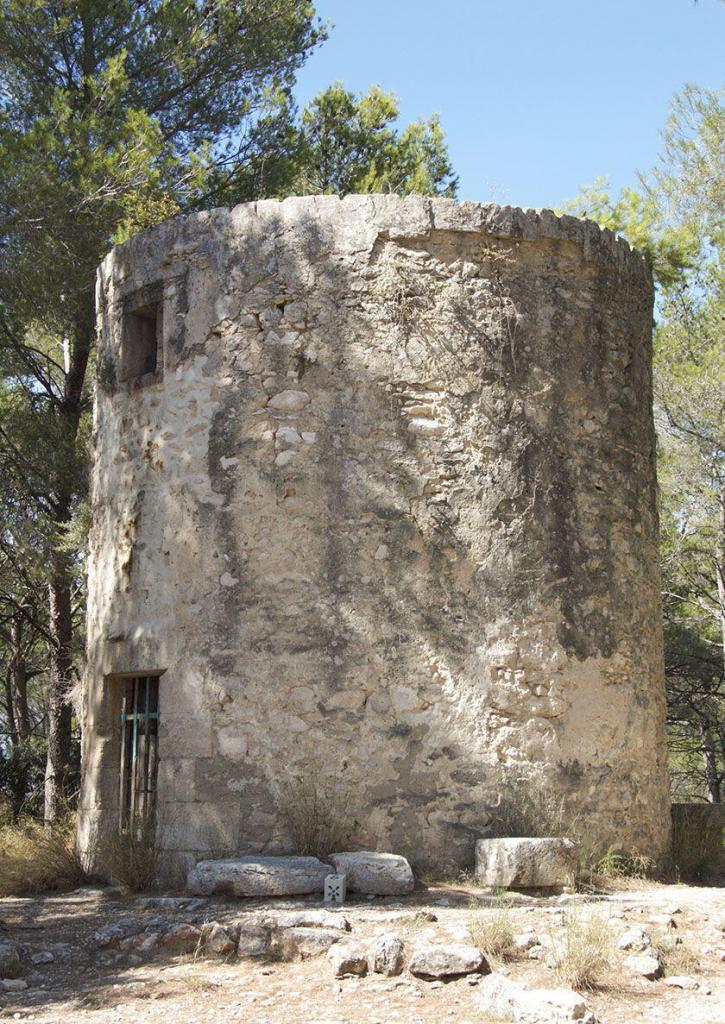 The village of Fontvieille was officially named a couple years after the end of the French Revolution (1799), although humans had inhabited the area long beforehand. Archaeological discoveries in the Alpilles have established human habitation between 5000-2800 BC.

However, it was the demand for quarried stone that really drove both the population and economy of this town. The Roman amphitheatre (arena), ramparts and theatre in Arles were constructed with limestone from Fontvieille. Stone was vital in the construction of the Barbegal aqueduct, which was engineered to supply water to Arles. Rock quarried and cut in Fontvieille was also used for the nearby Abbey of Montmajour between the 10th and 13th centuries. 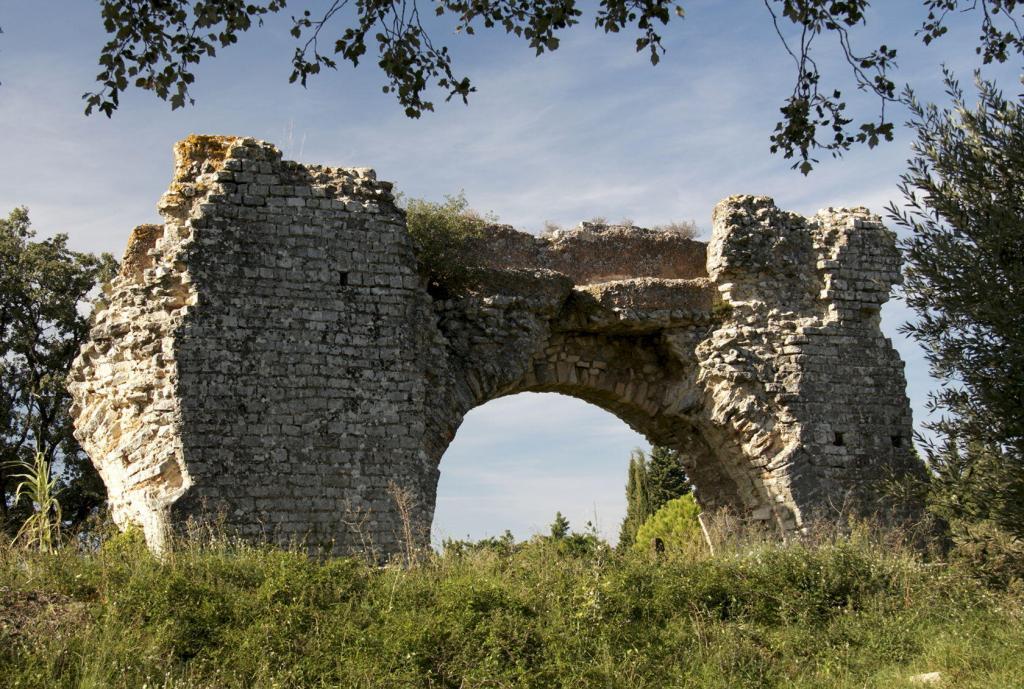 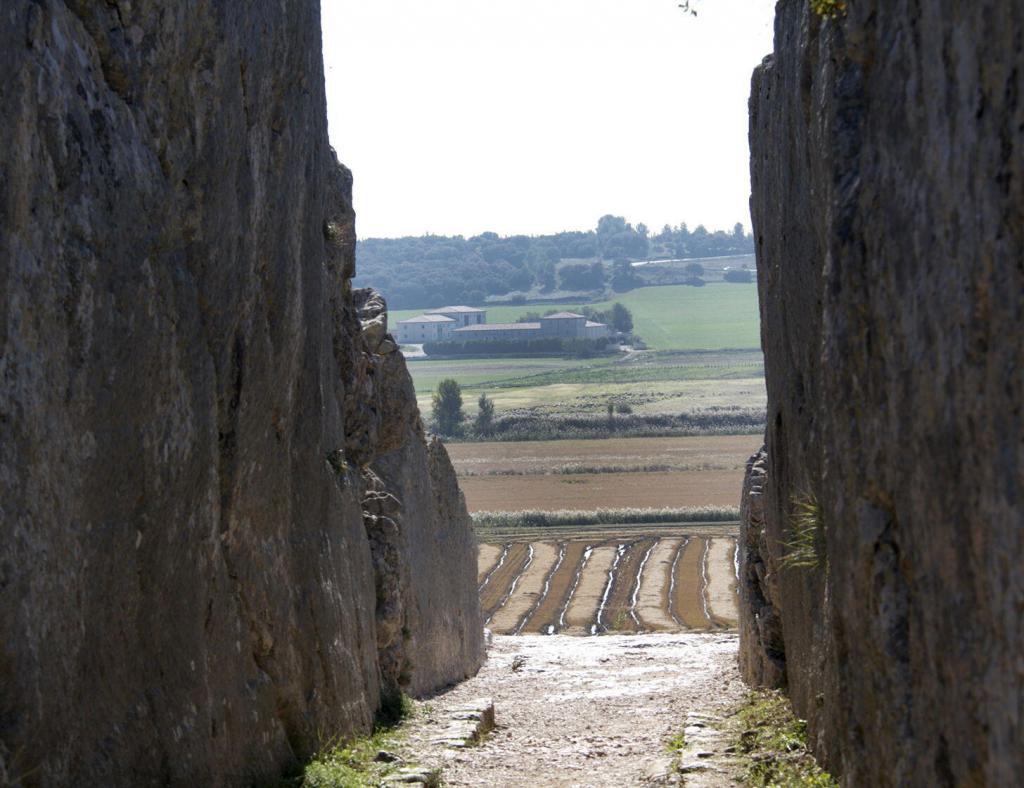 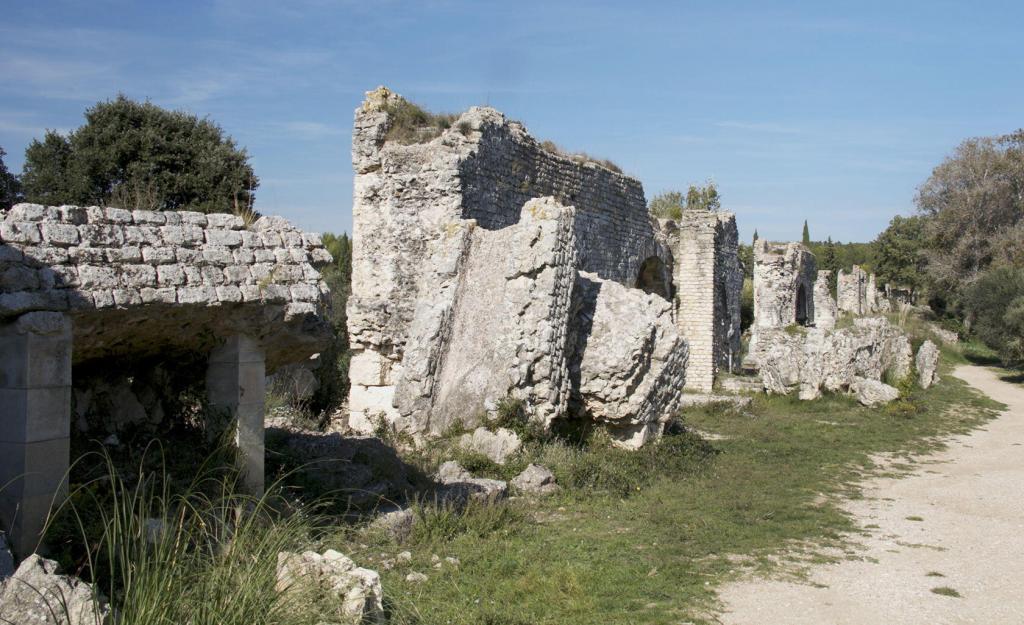 Napoleon’s request of Baron Georges Eugene Haussmann, in 1853, to modernize Paris led to a wide spread demand for the Haussmann style of urban planning and the associated “Paris stone.” Stone from Fontvieille was not used extensively in Paris, but global demand for the commodity increased driving up the population of stone workers and farmers in this tiny Provencal village.

As the blades on the windmills turned crushing local grain into flour to feed the hungry quarry workers, Alphonse Daudet might have strolled by on his way to the Chateau de Montauban. Daudet, a writer, spent some time in Fontvieille, inspired by the town and its inhabitants he wrote “Lettres de Mon Moulin” (Letters from my Windmill). 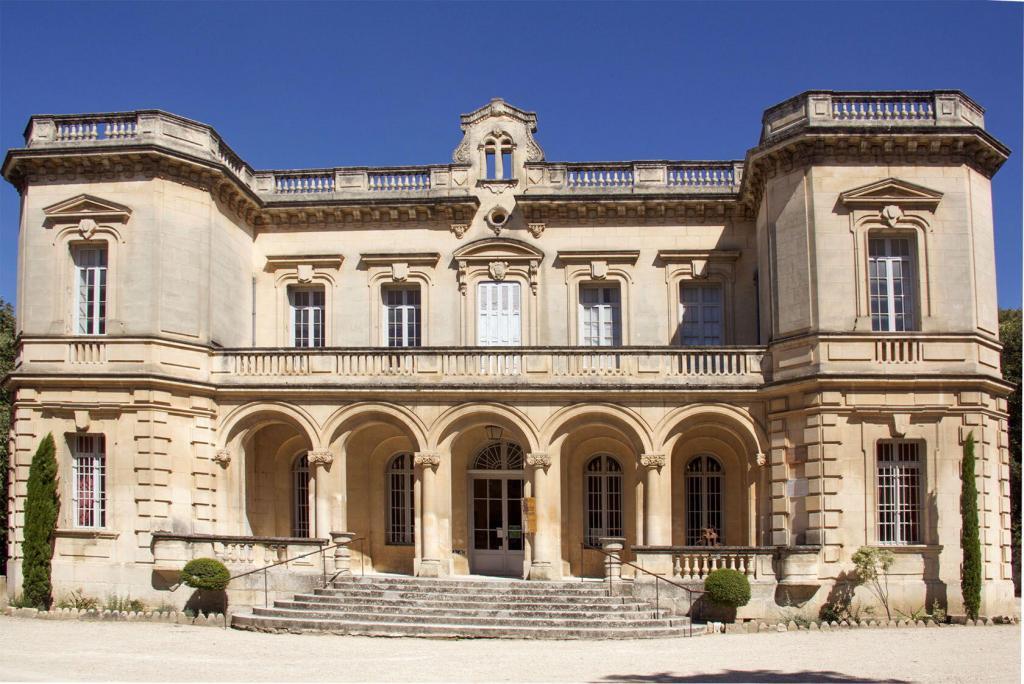 The tourism office in Fontvieille is centrally located, with good parking, and they offer some guided visits.

Don’t miss: The nearby Abbey of Montmajour is well worth a visit

Make sure to see: the restored lavoir in Fontveille

When you get hungry: Stop for lunch or just to visit Chateau d’Estoublon

Note: Some of this content was previously published on Ginger and Nutmeg. Read the original post on the stone of Fontvielle here.

Homemade Cream of Mushroom Soup in Under an Hour

Going to the Movies in St Remy de Provence

That cake would be delicious for your birthday, or any other reasonable excuse! Enjoy.

The cake I want for my birthday