La Ferme Chapouton in Grignan and Many Reasons to Visit

We have made several visits to the village of Grignan in the Drôme Provençale, an area that falls between the Rhône River and the Alps north of the Vaucluse. A few weeks ago with friends Steve and Mary, we decided to go to Grignan, to try a new restaurant that was recently awarded a Bib Gourmand designation by Michelin.

Our route took us past olive groves and fields with row after row of lavender which one or two weeks earlier, must have been a sea of purple and buzzing honey bees. Grignan sits on a large rocky peak crowned by a huge castle, formerly owned by Adhémar de Monteil.

Construction of the Grignan castle which can be seen from quite a distance began in the 12th century, but it wasn’t until the 13th century that the Adhémar family expanded it to a huge fortress. In the 17th century, François Adhémar de Monteil transformed the fortress into a luxurious residence.

Continue reading here for another delicious contributor blog post by Michel at Our House in Provence. After touring the village of Grignan, they ate lunch at the Bistrot du Chapouton with superior quality food and service.

The restaurant is located at the La Ferme Chapouton a boutique hotel with nine (9) spacious guest rooms. La Ferme Chapouton forms part of the Le Clair de la Plume hotel facilities in Grignan. This hospitality collection includes a variety of accommodation in 16 guest rooms and suites, seminar space, a boutique, and a Michelin 1-star restaurant in the heart of the village.

Human settlement in Grignan dates as far back as the Bronze Age. In the 5th and 6th centuries AD, the Romans occupied in the area. A variation on the name – Grignan – began to appear in religious ledgers in 1035.

Rising like an island from the plain the village of Grignan sits proudly on a hilltop surrounded by rampart walls. There are panoramic views of the mountains and agricultural lands of the Drôme Provençal from the town. The renaissance-era Château de Grignan is the like jewel in the stone crown. The exact origins of the castle are unclear but after several centuries, and ownership changes it is now owned by the town.  Listed as a historic monument the Château de Grignan is well worth visiting.

Discover the 16th century Saint Sauveur collegiate church, and the Sévigné  Fountain and the Sévigné Garden. The garden design mimics the 17th-century style and was inaugurated on the anniversary of Marquise de Sévigné’s 300th birthday on October 15, 1999.

Drive a Classic Car with Rentals from Yes Provence

Visiting Grignan a Beautiful Villages for Lunch in the Drome

Visit Nyons on Thursday for the Market and More

Le Barroux Village in the Vaucluse and Family Connections

Michel and Shirley, live in wine country, in Windsor, California. They have a full family with two beautiful daughters and five amazing grandchildren. Michel's day job is as CEO of Chancellor Health Care, a company which provides housing and services to older adults.

In 2008, after searching for years and visiting many houses they bought a 17th century stone village house in the medieval village of Sablet which is in the Vaucluse region of Provence France.

Please read about the Sablet House (available for rent) and follow their blog Our House in Provence. 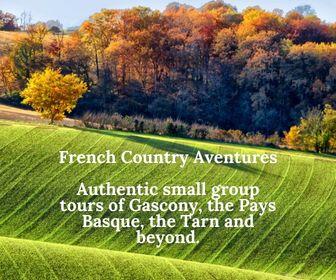