Aigues Mortes the Fortified Town in the Camargue 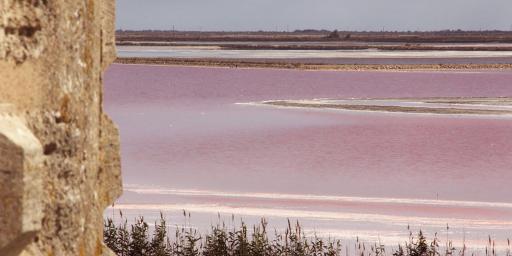 Don’t Argue with a King

Aigues Mortes (Eaux Mortes or Dead Waters) is where King Louis IX chose to build a fortified presence in 1240. However, King Louis IX was not the first to construct near this marshland. Charlemagne beat him to it many years before when he had the Matafère Tower built, in 791, to protect local fishermen and workers. Intended for communication signalling the Matafère Tower functioned like the hilltop towers in the Alpilles.

In the 13th century, the Kingdom of France suffered from geographical constraints. The feisty Kings of Aragon ruled the southwest in Languedoc-Roussillon (now Occitanie), and to the east, the Germanic Empire maintained a stronghold. King Louis’ strategy was to establish a port with ready access to the Mediterranean. Benedictine monks from the Abbey of Psalmody controlled the sparsely populated place that was chosen by the King. The few residents eked out rustic existences by fishing, hunting and small-scale salt production. At the time of construction, the Mediterranean reached the edge of Aigues Mortes, but eventually, the Rhône’s silt deposits blocked the sea access. 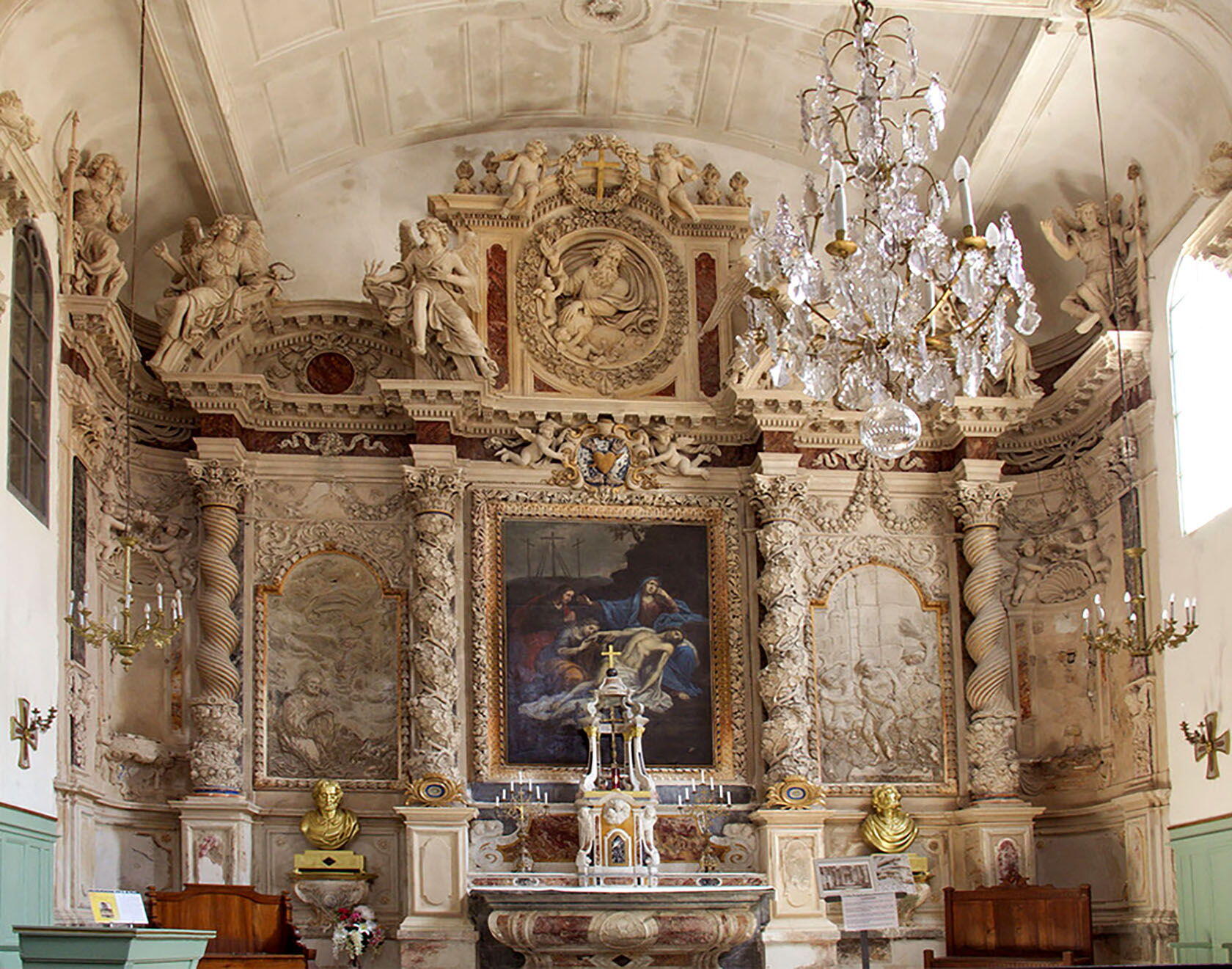 A Fort on a Marsh

The direct access to the Mediterranean, from the Aigues Mortes citadel, permitted the departure of the King’s flotillas on the final two religious crusades. He did not survive the last one. The town’s ramparts stretch a full 1.6 kilometres (1 mile) in an odd-shaped quadrangle, punctuated by ten entry gates and six defensive towers. The fortified walls protected the old village and the Gothic (1183 AD). Today without the fear of brutal enemy attacks, holiday residences, hotels, restaurants, boutiques and galleries fill the interior of the ramparts. 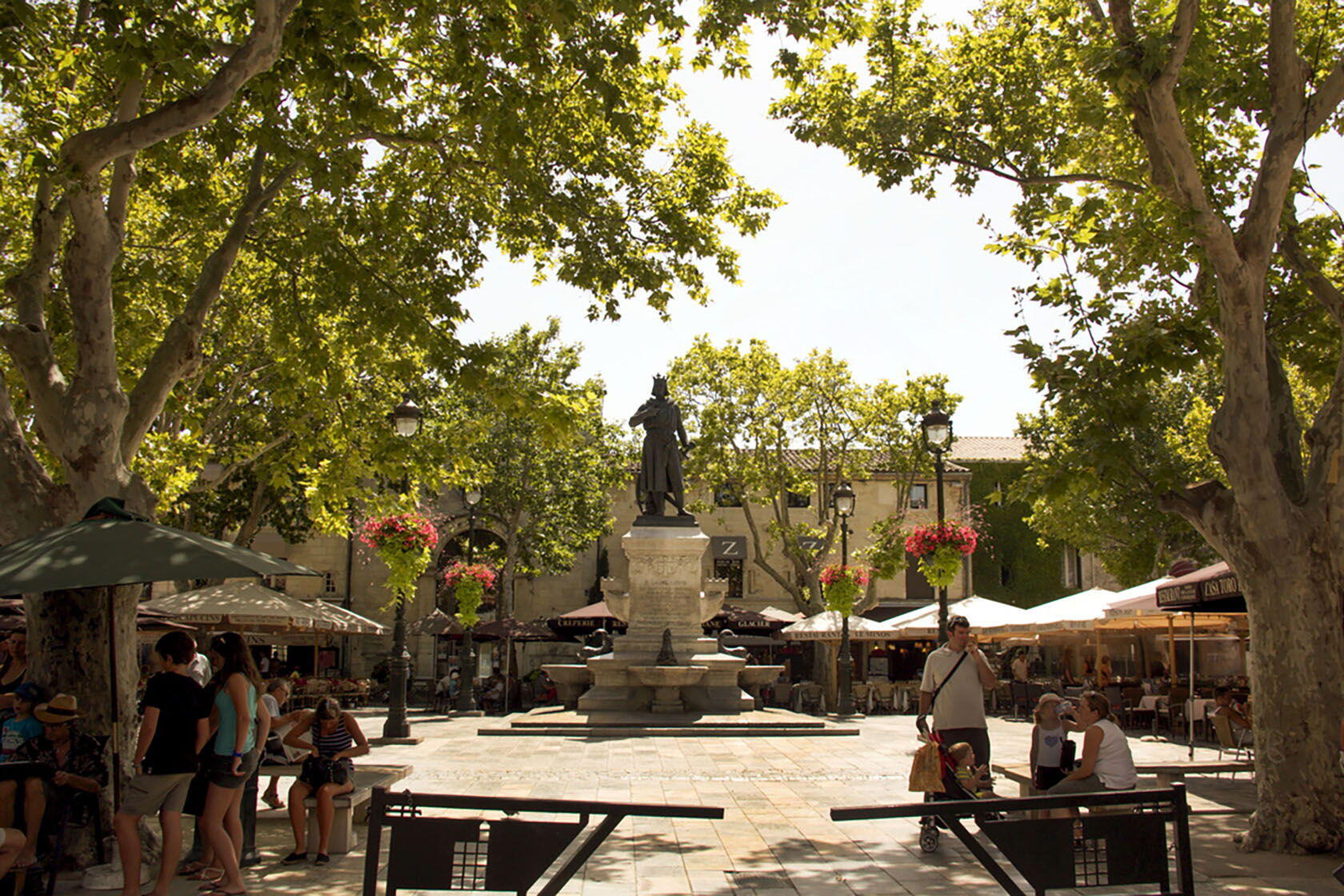 The Constance Tower (built site of the old Matafère Tower), an imposing circular structure with six-metre walls, is all that remains from the King’s era. This tower was impregnable but not inescapable – 17 Huguenot prisoners escaped in 1703. It also served as a prison for women deemed sympathetic to the Protestant cause, starting in 1715. Today, there is elevator access to the top level for a sweeping view of the Camargue. 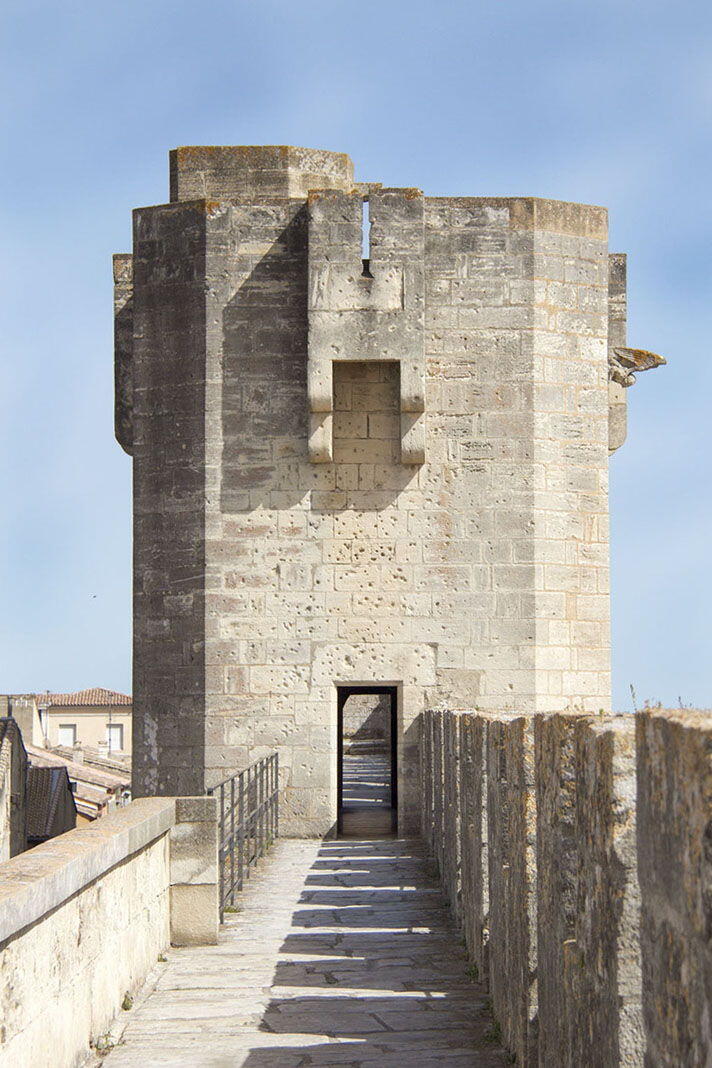 The same entry ticket allows access to the Constance Tower and the ramparts. It is well worth paying for the audio-guide, which provides an excellent historical overview and insight into the era when the lagoon reached the walls of the town. Before the existence of roads and railways, the Rhône provided both transportation and trade.

The Rhône River ends 800 kilometres from its glacial source in Valais, Switzerland, as it reaches the Mediterranean Sea. Like a wide yawn the two branches of the Rhône – the Grande Rhône and the Petit Rhône – empty their watery cargo at the mouth of the river. This area of Provence known as the Camargue, part of the Bouches du Rhône (mouths of the Rhône), is Europe’s largest river delta (930 square km) and a wetland of significant size. 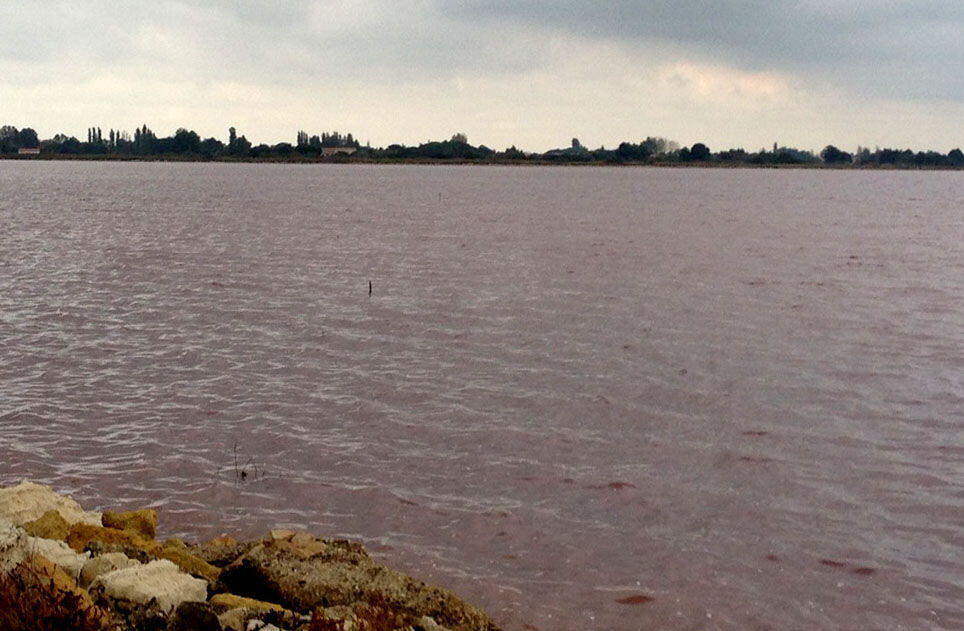 Partially protected as a nature preserve since 1927, the Camargue wetland is 100,000 hectares and a UNESCO designated biosphere reserve. Managed by the Parc naturel régional de Camargue, you will see rice fields, grapevines, brackish lagoons and dunes punctuating the flat landscape. This region is impossibly breathtaking and completely untamed at the same moment. As the Rhône’s waters wash into the Mediterranean, the river dumps some 20 million cubic meters of silt a year in the area. 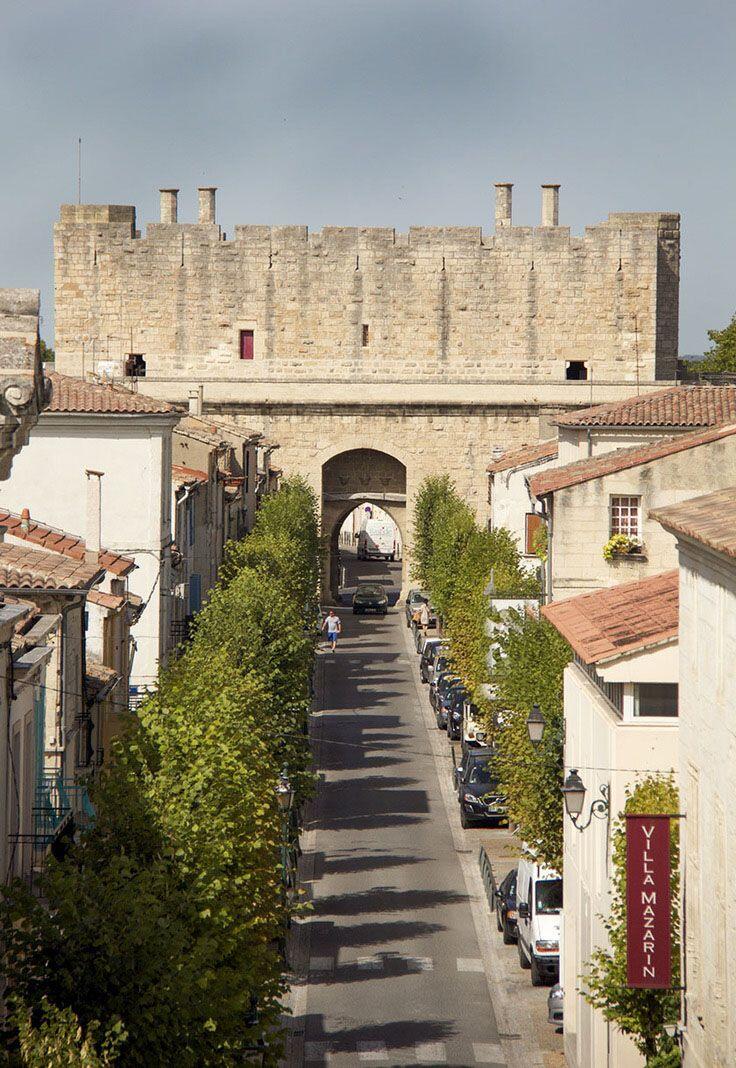 Well worth a visit are the salt flats or salins of the Camargue which generate over two million tons of sea salt per year. From April until October, seawater from the Mediterranean enters 60 kilometres of channels and evaporation pans. Over the summer months, the water evaporates and the salt concentration increases. Plan to visit in late August or September when the salt pans turn pink. 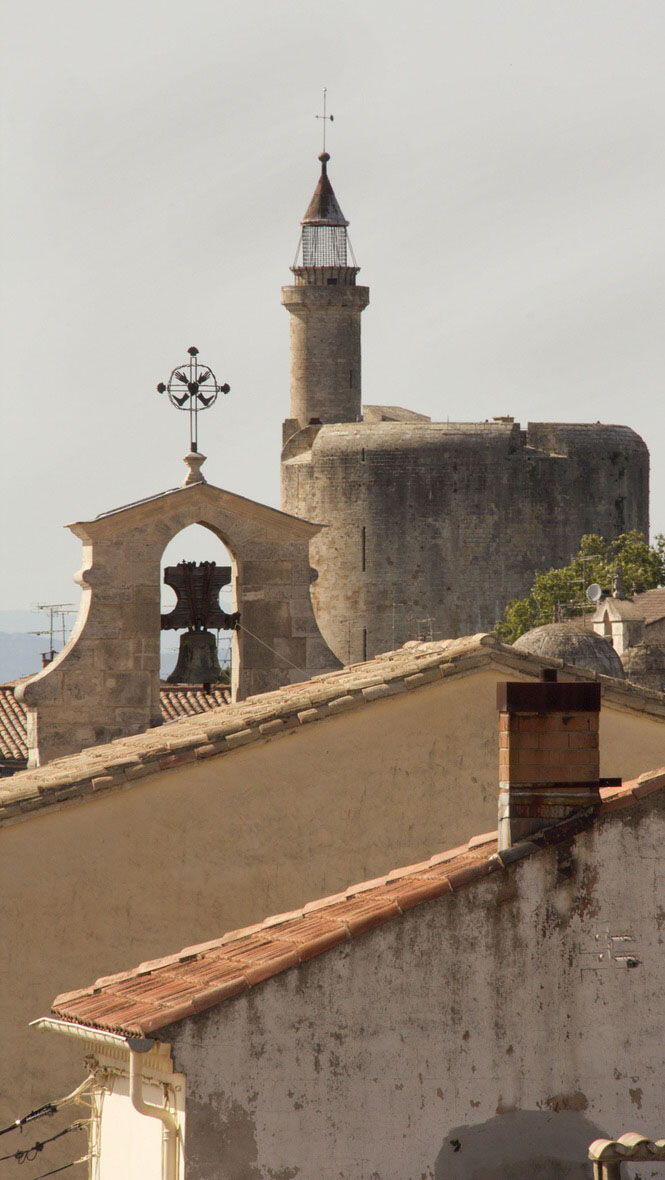 The Camargue, Europe’s most important wetlands, have flamingos, many other water birds and other animals. The sturdy white horses are accustomed to galloping in the water, a favourite set-up for photographers. The horse-owners guide them through the sea towards the photographers, standing by to take their shots. Read more about capturing nature photography in Provence. 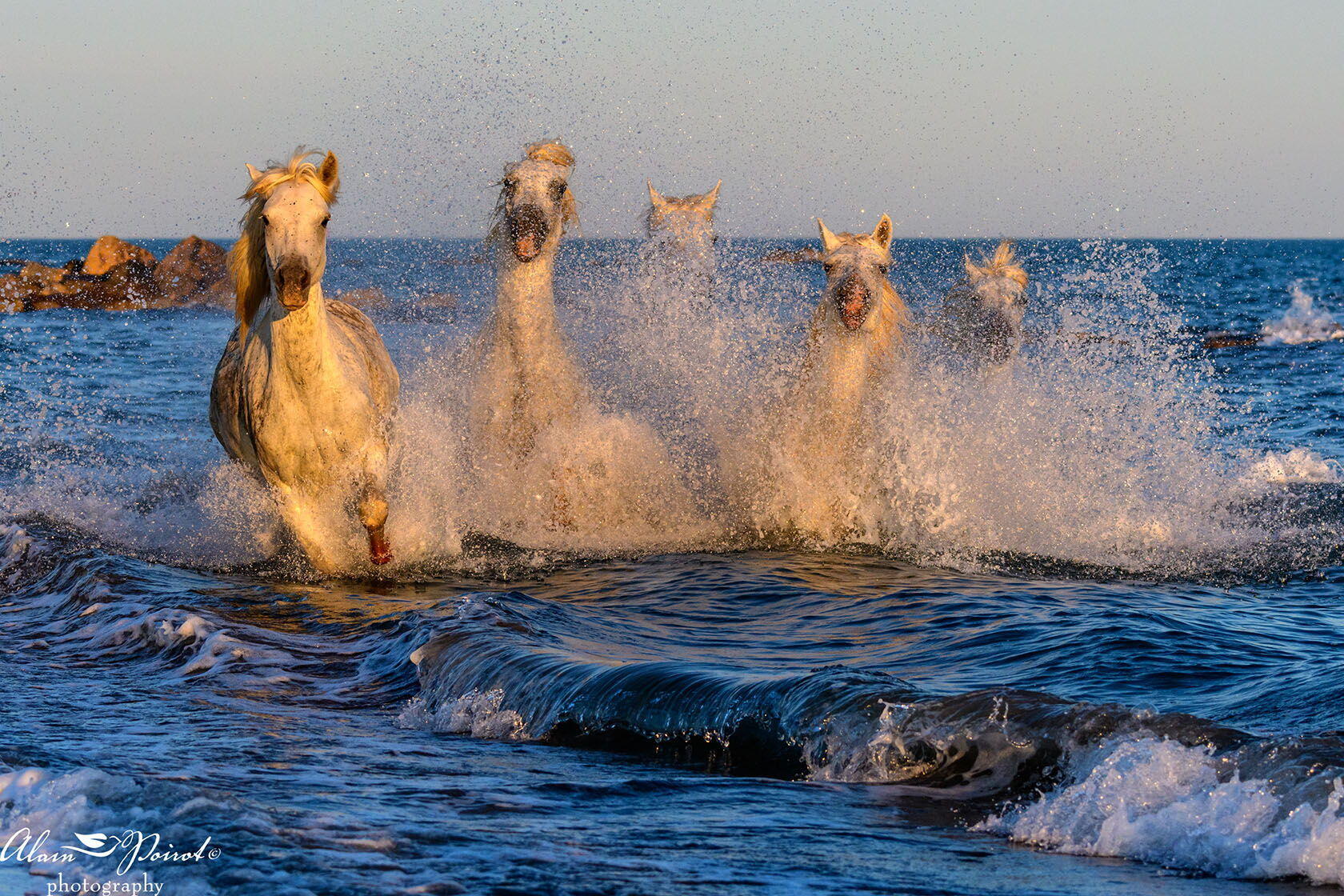 The Camargue Cross is one of many reasons to visit the area. Not quite a Latin cross, this emblem is distinctive, with three virtues to fused into one symbol. The cross represents faith with a three-pronged fork used by the gardians (cowboys). The anchor is for hope in recognition of the importance of the sea to the life of the region. And, the heart is for charity. 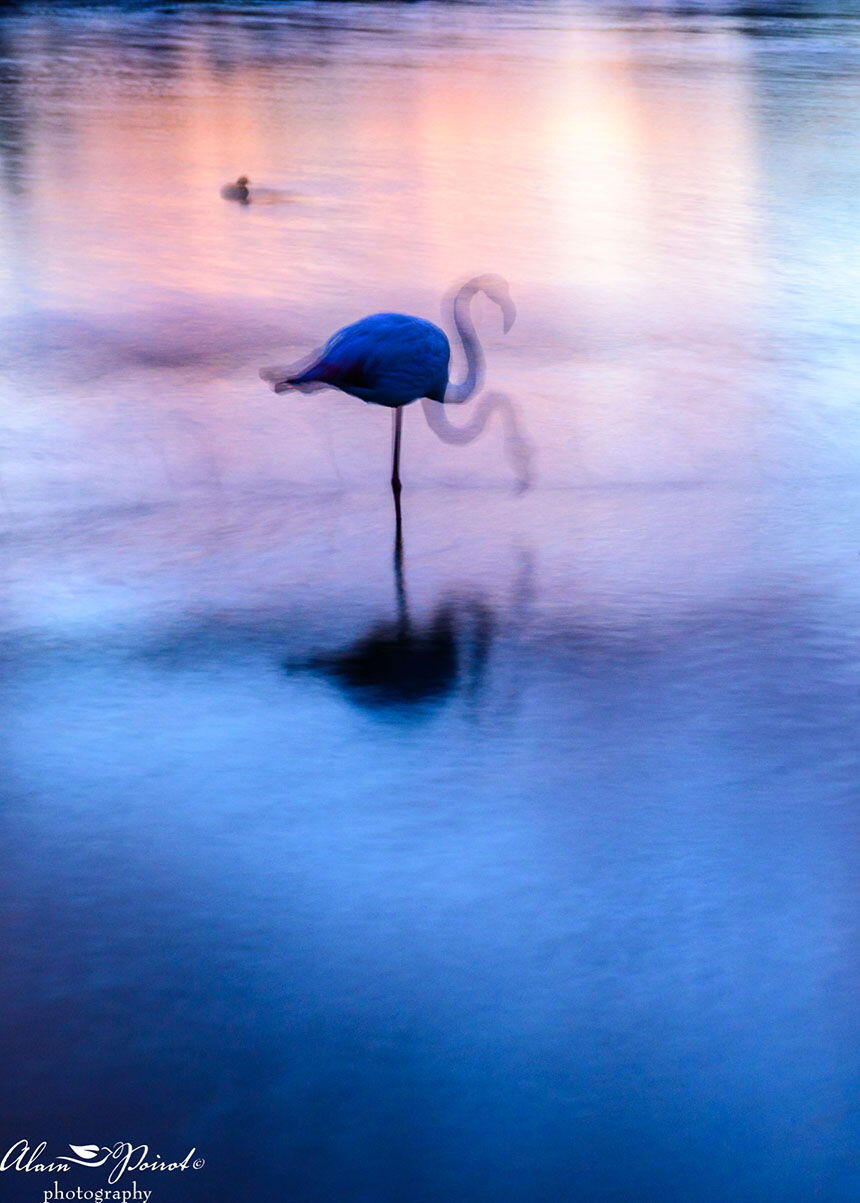 Did you know that there are pink flamingos in Provence? It’s not something that one would associate with the place of hilltop towns, olives, almonds, sunflowers, and lavender but part of the region’s diversity. 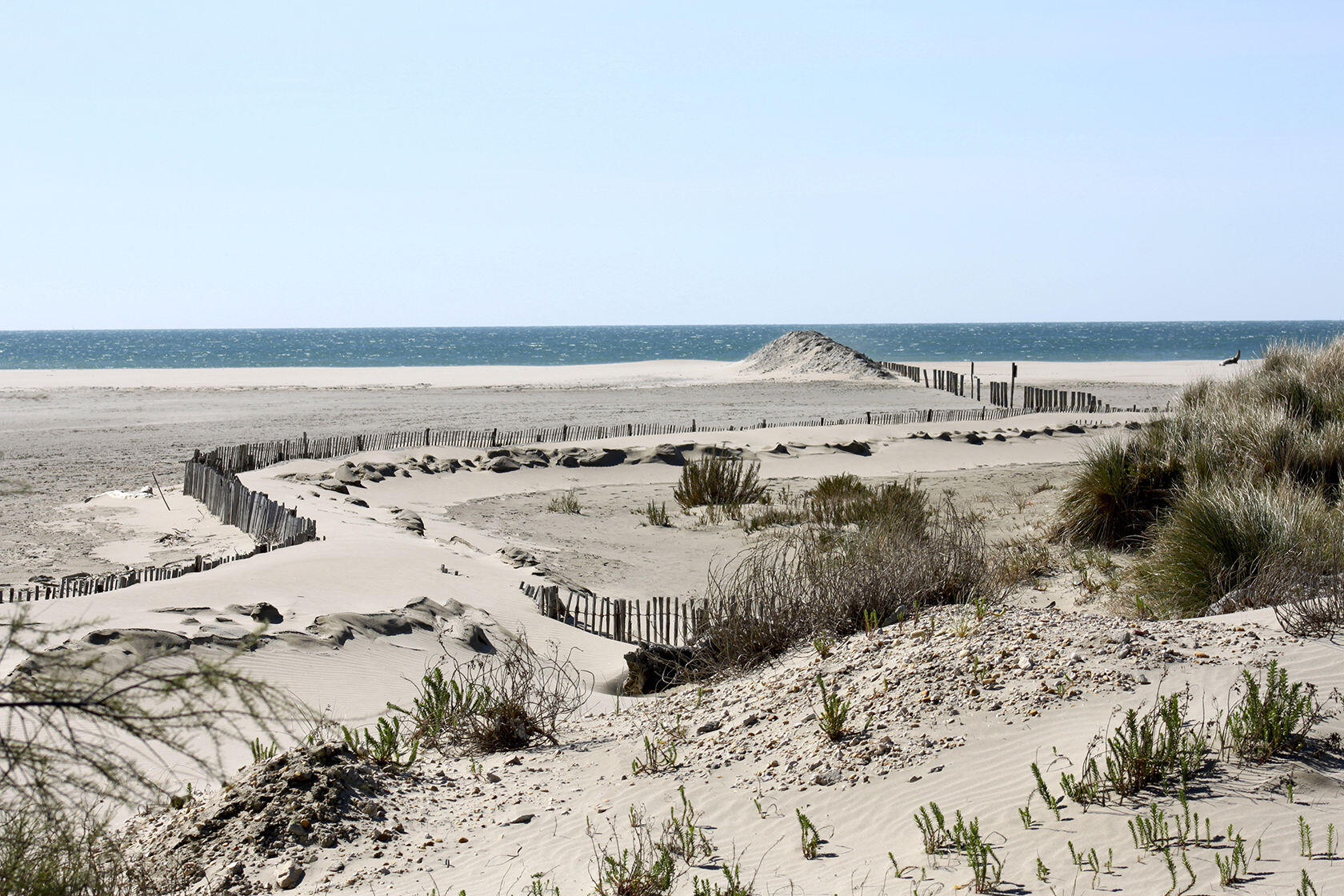 Beaches, black bulls, ancient fortresses, and pink flamingos, the Camargue is like the Wild West of the South of France. The Camargue is a great place to spend your family holidays.

Previously published on Ginger and Nutmeg.

Wild West Adventures in the Camargue with Kids

Visiting the Pink Flamingos of Camargue in Provence