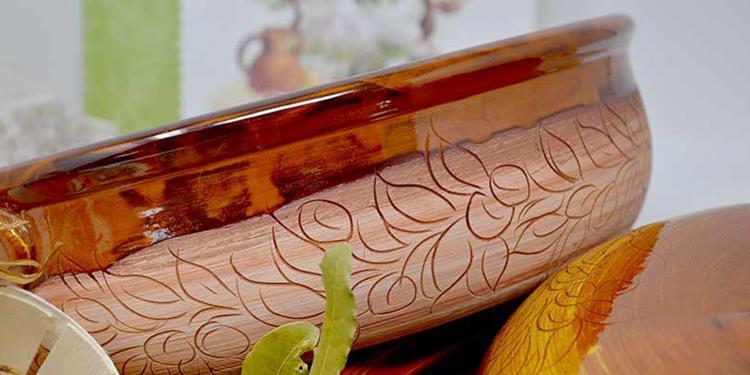 The following article is a re-post of the original from online retailer Remember Provence. Owner Marie-Helene Beroit put together the following reference guide for understanding the primary differences between Provencal ceramics and pottery.

Are ceramics and pottery interchangeable?

The word ceramics comes from the Greek “keramos,” which means clay. The term is used for any clay object made of mixtures of soils, regardless of the technique. But the word also suggests the know-how of artisan crafters who work with clay.

Meanwhile, pottery likely comes from the Latin verb “potus,” which means to drink. By extension, the word pottery applies to the container itself. Today pottery refers to both a ceramic material, the manufacturing workshop, and even the object itself. For example, we say terracotta pottery. 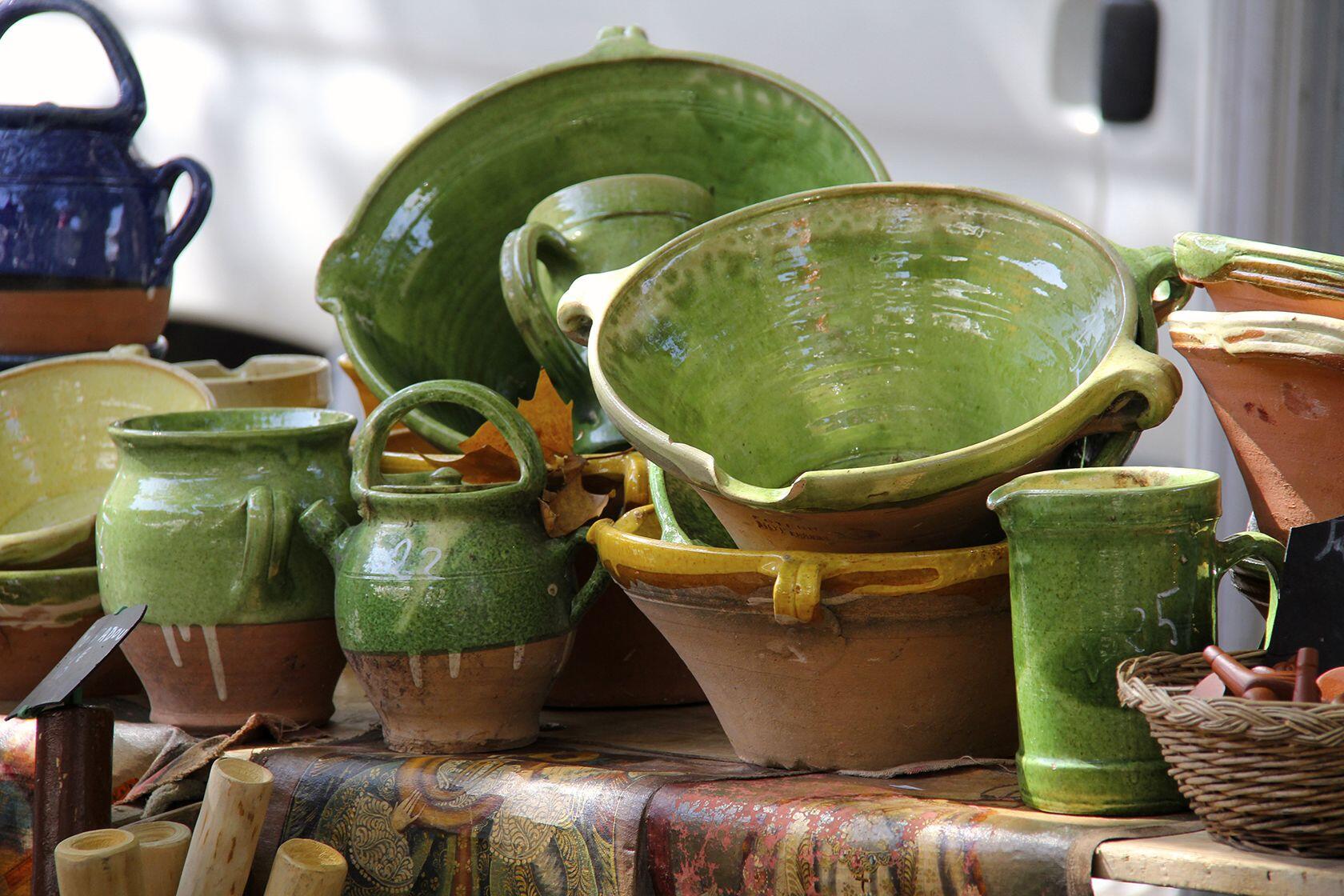 Ceramic production dates from prehistory. Humans began by fashioning clay statuettes by hand. This activity evolved into the production of objects useful for daily life, such as cooking. Find ancient pots, jars, jugs, amphorae and other containers on display in museums. Ceramic remains both utilitarian and decorative, linked to both art and culture. 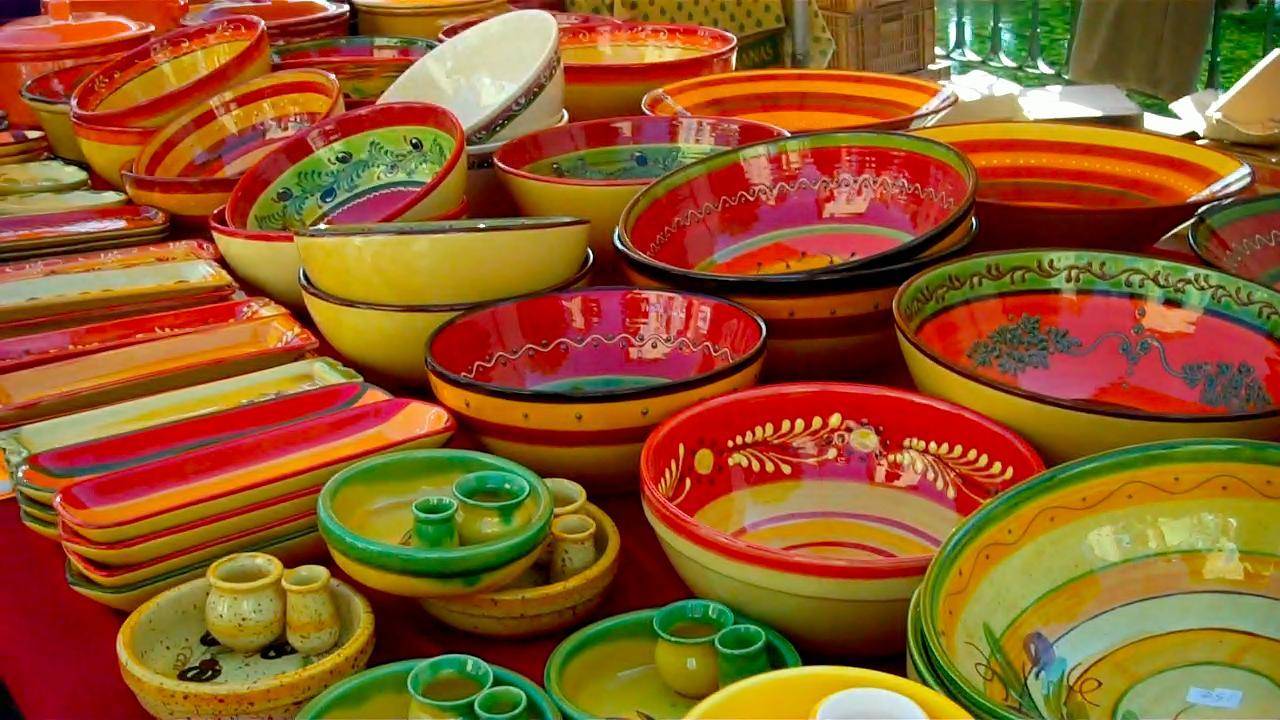 Material: Any craftsperson needs base material, the paste for ceramics. Generally, it is a mixture of grounds, clay, marl, silica with water and ash or feldspars added. Each combination has particular characteristics according to the number of oxides naturally contained in the grounds and added materials.

Shaping: Once the dough has rested, for a few weeks, the shaping stage begins. There are several different methods: modelling, throwing, stamping and plate assembly. In some cases, there is an intermediate decoration stage. One example is the sgraffito technique, where the malleable clay is notched by hand engraving the design. Ceramic earthenware from Vallauris is an example of sgraffito design.

Drying: In its natural state, clay contains water. Once shaped, it’s imperative to dry the clay object.  Drying is done by exposing the pottery to ambient air; the time required depends on the humidity.

Decoration: There are several decorative techniques for pottery. It’s possible to cover the piece with different substances to add colour and/or for waterproofing. The slip (French: engobe) is a layer of coloured liquid earth whereas glaze or enamel adds hardness and acts as a seal for liquids. Depending on the ceramic technique, the decoration stage may be repeated several times.

Firing: This step is essential to solidify the earthware and transform it into a useful object. In general, a piece is fired twice. The first time – biscuit firing – is to remove any water contained in the dough. The second, the glaze firing, takes longer at temperatures typically between 900 and 1320°C. Faience and porcelain with their elaborate decorations are fired a third time.

The main differences between ceramics is the material used, the glaze or varnishes, and the firing periods.

Glazed earthenware: Clay is covered partially or entirely with a colourless slip, to expose the natural tones.

Earthenware: Faience is a ceramic technique originating in Italy, named after the city of Faenza. The base is a mixture of clay, sands, feldspars and potash. It’s baked the first time at more than 1000 °C, then covered with a white opaque tin-based slip. The second firing -“big fire” – is applied to the enamelled greenware around 1300 °C producing the “biscuit.” In some cases, the piece undergoes a third time in the oven the “petit feu” to affix the details and colours. 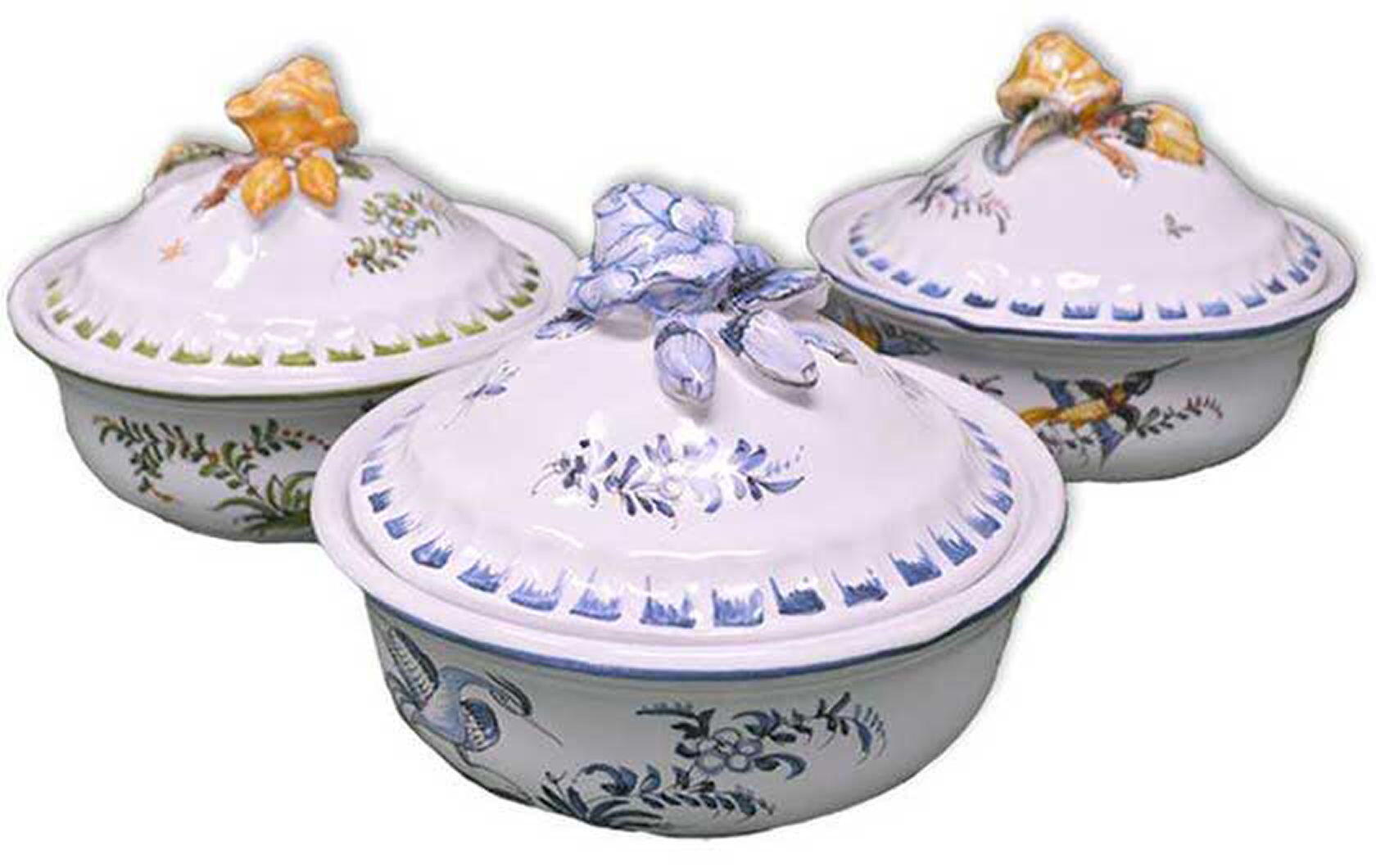 Sandstone is composed of clay with a large amount of silica fired at high temperatures of 1280°C. Waterproof occurs naturally without adding any varnish, and the result is a dark gray or deep brown colour. The potter can then add oxides to produce colours. For example, this vinegar maker (photo below) is covered in brown on the top and left in natural tones on the lower section. 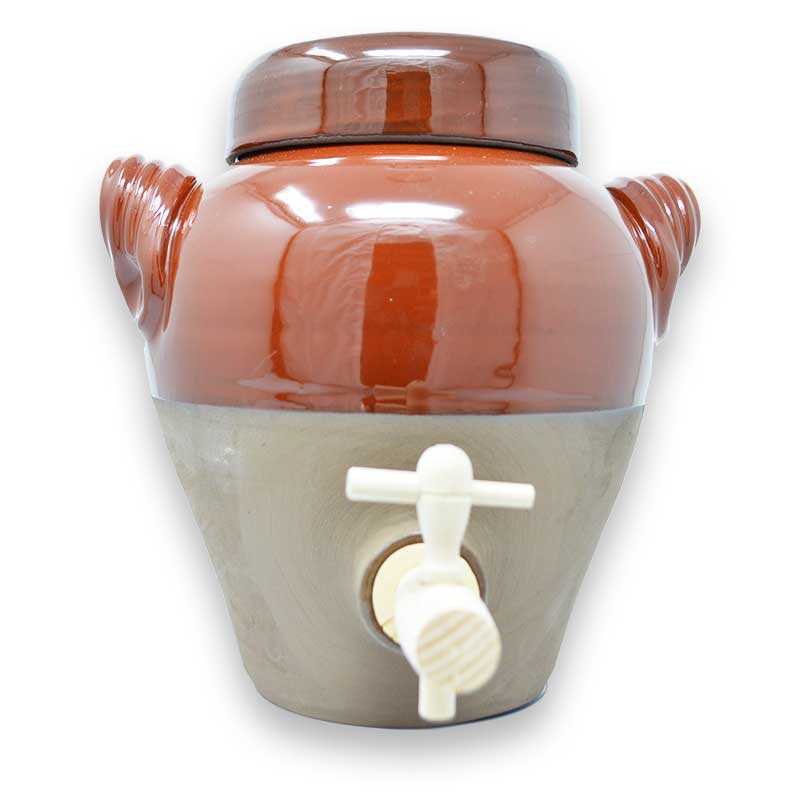 Porcelain originated in China (12th century) and used in “art de la table” since the 15th century in Europe. Feldspar, kaolin and quartz create a hard, fine consistency, which is much less porous than faience. Several firings are necessary to get the porcelain to the biscuit stage. Glazing occurs by dipping or spraying and decorations are hand painted or silkscreened. The final firing at high temperature (up to 1400°C) has the effect of mixing the enamel with the support material to obtain hard porcelain.

Raku is an oriental technique where smoke attaches to the surface creating cracked patterns. After enamelling, the temperature of the kiln increases slowly. The pieces are removed and immediately covered with straw or sawdust to stop combustion. We call this fumigation.

Jewish Heritage Tours from Paris to Provence in 2020

Guest PostInspire: Art & CultureShopping & Gifts from the South of France