YOU ARE HERE:Home » Archives by: Gary and Jane Langton 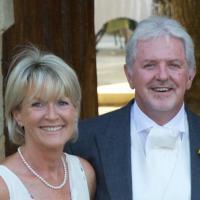 When Jane was younger she wanted to be a show-jumper and, although she had some success, Jane knew she could never afford a horse that could take her to the top. Similarly, Jane enjoyed cooking and would have loved to be a chef, but she always knew that the unsocial hours would never fit with raising her family. So she stepped into the world of property construction and interior design, where she enjoyed a successful and fun filled career.

Gary went to a nautical school and always dreamed of going to sea, captaining his own ship. Although he managed to be selected for officer training in the Royal Navy at an early age, by the time he was 18 he no longer had 20:20 vision and his chosen field in the RN was no longer open to him. For a short period Gary studied quantity surveying before finally choosing a career in banking, during which time he lived for a period in New York before returning to London and ultimately running a global business team (involving much travel).

Jane and Gary met, via the internet, in February 2005 and their relationship took off. By 2007 they were married and, in early 2009, they both decided that enough was enough - the constant travelling with their jobs, rushed weekends together and too much politics in their business lives finally taking its toll.

So they decided on a total change of life. Jane had always dreamed of running a boutique hotel or upmarket B&B and pushed this idea which was accepted by Gary as he couldn’t come up with an alternative plan. The couple finally decided on France (proximity to their children in the UK and good weather) and spent about 18 months viewing 100+ properties in the South of France, from Provence to almost Spain and back, before finally settling (in December 2010) on an old stone house (and former silk farm) in La Bruguiere, a small village about 10 minutes from Uzes, France’s first Duchy and a beautiful little town.

The house renovation took 17 months and they first opened for business in summer 2012. As they end their sixth year in France the couple have no regrets and remain positive about their future.

Jane has finally managed to fulfil one of her childhood dreams of cooking professionally for others and continues to ride her horse. Gary works front of house at Mas d'Augustine their chambres d’hôte and (when asked) offers business advice to friends/associates in their location, whilst amusing himself by playing (bass) in a local French group. The couple recently started an additional business to project manage renovation works/remodelling (and, if requested, provide interior design) of holiday homes for absentee owners.

Life is too short to stand still and wait for it – Jane and Gary are firm believers that life is for the taking. Enjoy Jane's recipes here or spend a couple of nights to savour her cooking first hand.

Flambéed Chicken a Main Course with a Spark

At Mas d’Augstine, we spend our “off-season” on maintenance, accounting and a bit of experimentation in the kitchen. To kick off the 2018 Chambre d’Hôtes season, we accommodated a party of eleven (yes 11!) and tested our recipe at the first table d’hotes of the year. Following a pasta course (Mushroom Spinach Ricotta Cannelloni), we served Flambéed Chicken to rave reviews. 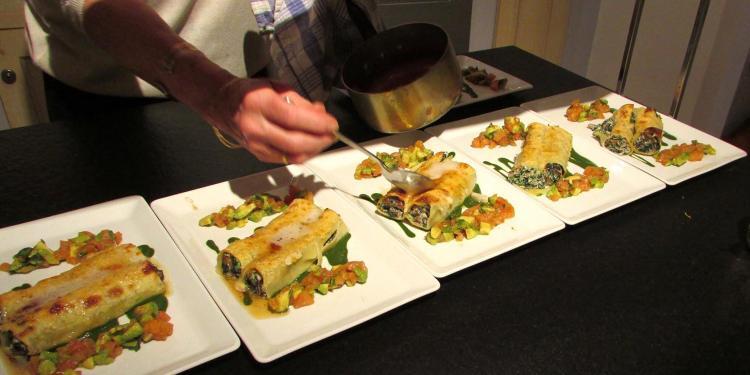 Although we served this recipe as a starter, it could easily be the main course, if you increase the quantities. The trickiest part is stuffing the cannelloni shells with the mixture of mushrooms, spinach and cheese. Serve hot with a small side salad. 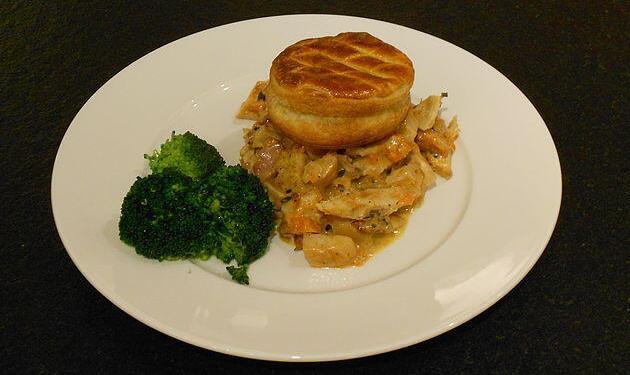 Think simple. Think quick. All the taste and comfort of a traditional chicken pot pie style casserole with much less time and effort. 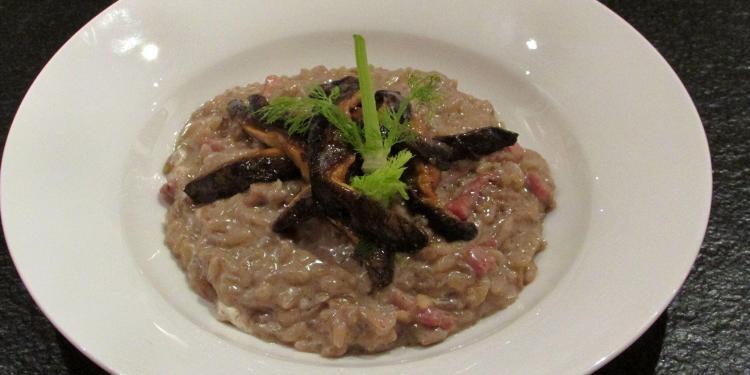 A Wild Mushroom Risotto Recipe after the Market 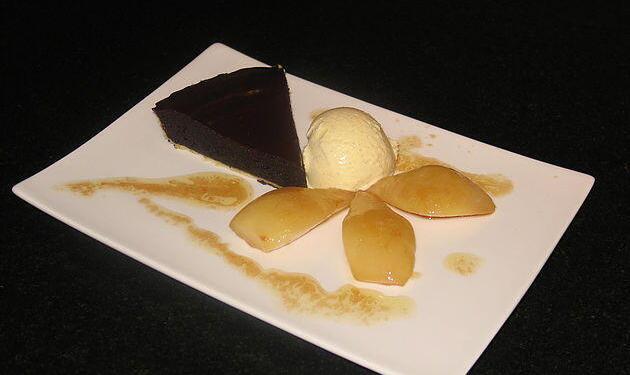 This is a really easy recipe for a scrummy chocolate tart and the addition of the pears offsets the richness of the dark chocolate. Better still, the whole dessert can be prepared the day before and kept in the fridge. 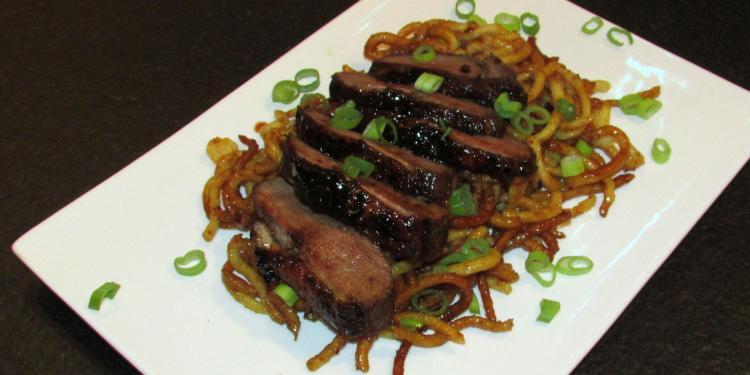 As it is with all cultures, international flavours and dishes are adapted into your local cuisine with a loving and “tasteful” twist. And this dish is no exception. Local honey lends itself to this sweet and spicy favourite that is traditionally Asian inspired, but classically French in execution. 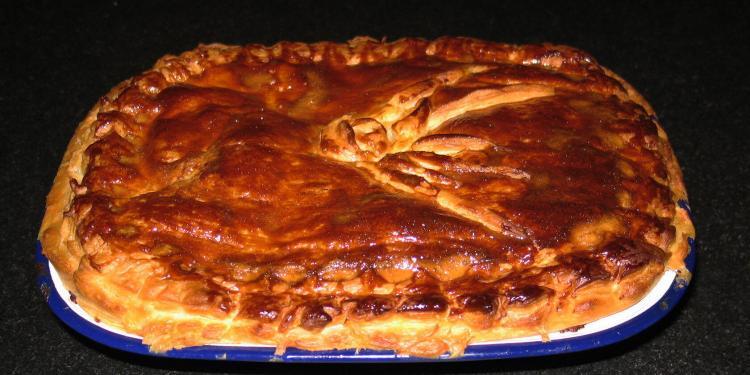 Tender chicken and ham chunks with leeks in a creamy sauce topped with flaky puff pastry. Serve the pie with green beans, broccoli or peas and a large glass of white wine. 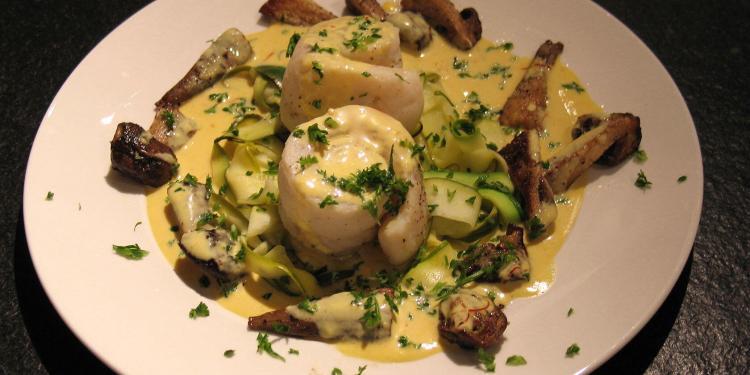 Fish and Fungi Recipe: Fillet of Sole with Wild Mushrooms

A quick and easy way to serve any white fish with the wonderful earthy offerings of the seasons wild mushroom bounty. Heightened only by the flavour and colour of saffron and tender courgettes. – Fillet de Sole with Wild Mushrooms 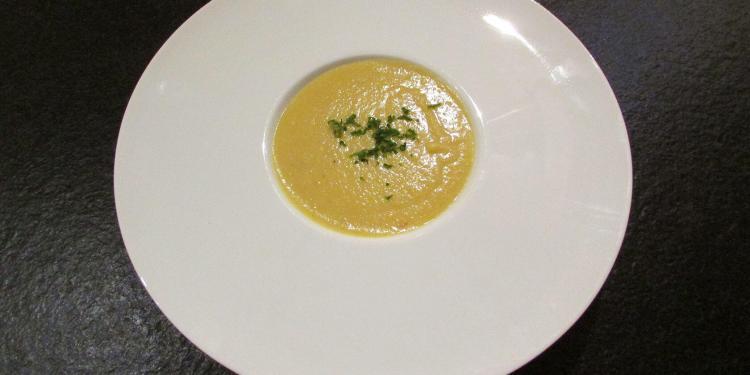 Parsnip and garlic take center stage in this rich and creamy soup and the spice is up to you with the addition of the red chili pepper. 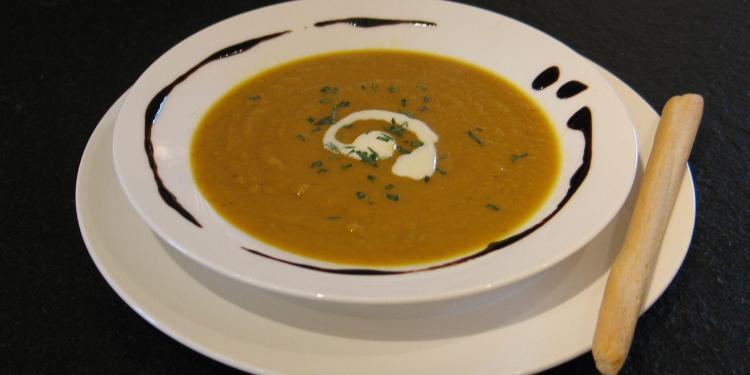 It’s the curl up with a good book soup. Smooth and creamy roasted carrots star in this dish with garlic and onions. A great make ahead soup to share with friends too.

My Best of Nice Living on the Côte d’Azur